Readers who have been with me a while will remember “Buddy,” the white-spotted male junco who lived near my workplace for years. Unusually-colored juncos aren’t as rare as, say, the recently-spotted yellow cardinal, but they aren’t common either. (In my field work in the Sierras we banded ~500 juncos, and only one had a color abnormality.) As a lover of both rare birds and juncos, I get pretty excited about them when I find them.

This particular junco flashed up out of a bush as I was walking past. The size, tail, and movement pattern all said “junco”—but when the bird landed in a tree and I got a good look, my brain’s bird-ID function got confused: “Big chickadee!” it suggested. “Small kestrel! Big-small-chickadee-kestrel-junco!”

END_OF_DOCUMENT_TOKEN_TO_BE_REPLACED

Technically, golden moles are not true moles—they are more closely related to tenrecs than they are to true moles—but golden moles are small, burrowing, insect-eating mammals that, with their streamlined heads and powerful digging claws, have converged to look a lot like true moles.

With at least one key difference: golden moles shine. They shimmer. They iridesce.

Juliana’s golden mole. It’s a bit hard to see the iridescence in photographs, but it’s there. Photo from ARKive.

The hairs on a golden mole reflect light in such a way to give the animal a sheen, ranging in color from gold to green to purple. In the museum where I work, we have some preserved specimens of golden moles, and they are remarkable to see: their fur shines and shimmers like the coat of a child’s stuffed toy unicorn.

END_OF_DOCUMENT_TOKEN_TO_BE_REPLACED 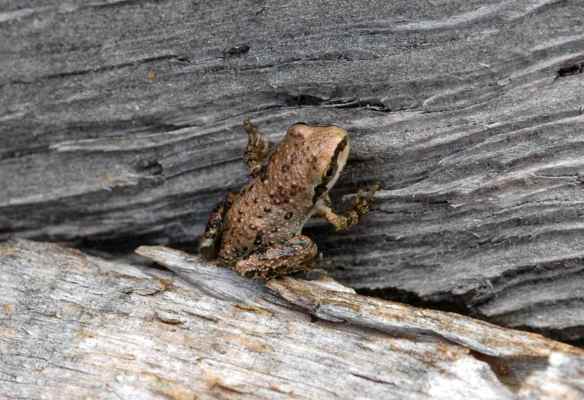 Some frogs stay the same color for their entire lives, but some can change from brown to green, or vice versa, depending on whether the background is dark (brown) or light (green). You can see how this might be handy if you want to blend in with the background. 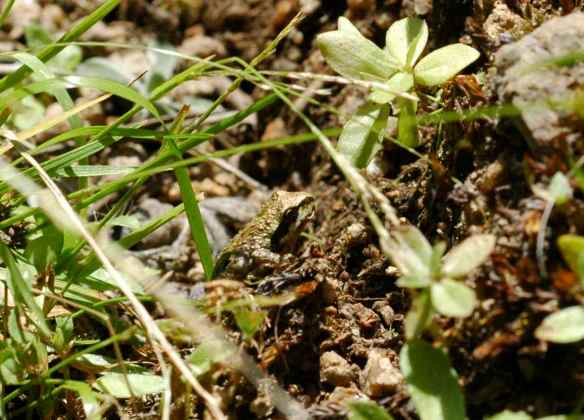 You can’t see me!

END_OF_DOCUMENT_TOKEN_TO_BE_REPLACED

Isn’t he beautiful? He was caught in the hills in Marin County, not all that far from me, and kept in captivity until he died in 1931.

You might think he’s purely colorless at first glance, but he isn’t. He’s more blue-silver than white, an incredible color to come shining out of a drawer of junco specimens when you’ve just spent the last few weeks measuring the same brown-and-black birds over and over. When you look close you find that hidden in those pale feathers are the whispers of normal junco coloration.

END_OF_DOCUMENT_TOKEN_TO_BE_REPLACED

Museum collections are a scientific resource. They let researchers refer to a single specimen over and over, or look at variation over an entire continent, or go back and look at change over a century.

They can also be weirdly beautiful. 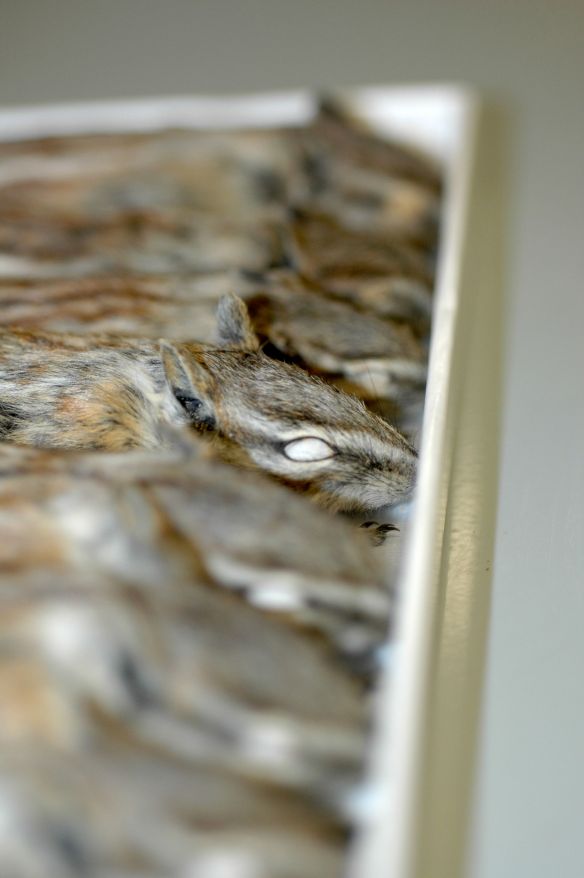 END_OF_DOCUMENT_TOKEN_TO_BE_REPLACED

If you’re impatient for the New Year’s fireworks displays, here are some explosions of color in bird form.

END_OF_DOCUMENT_TOKEN_TO_BE_REPLACED 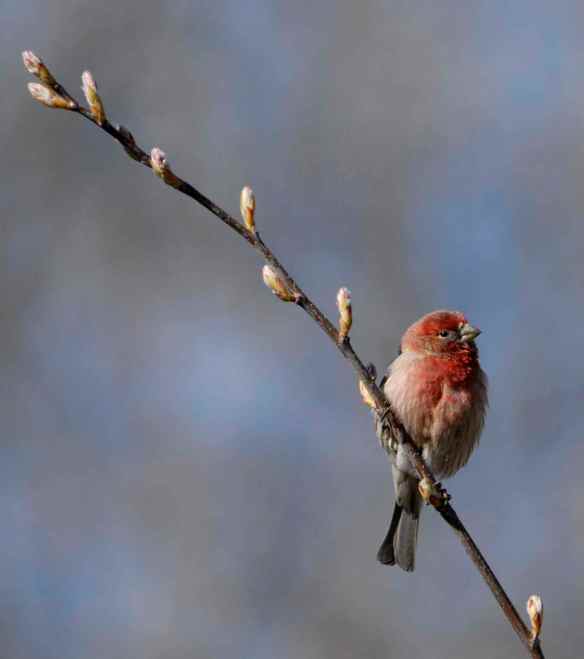 END_OF_DOCUMENT_TOKEN_TO_BE_REPLACED

Birds need to know a lot about each other. They need to know things like who will be the best parent; who will pass on the best genes; who could defeat them in a fight; and which offspring is worth investing in the most. One of the ways that birds can perceive such information about each other is by observing each other’s color signals—and the more researchers study these, the more it becomes clear that birds can tell a lot from color alone.

Let’s make up a bird species – the Superb Junco. This imaginary species has a black hood and pink bill like the Oregon Junco, but its body and tail are iridescent blue-violet. Here is an illustration of three individuals of this species: 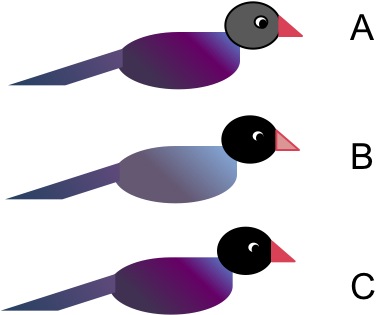 These individuals are clearly different: A has a paler head, B has a paler bill and is less brightly shiny, and C is brightly colored in all aspects. But what does that tell us?

END_OF_DOCUMENT_TOKEN_TO_BE_REPLACED

When you’re little, you play with toy dinosaurs all bright red or blue or painted spotted with many colors. You fill coloring books with purple velociraptors taking down plaid apatosaurs. Then you get older and learn about camouflage; and you watch nature documentaries of brown felines taking down brown gazelles in tall brown grass; and—zebras notwithstanding—you start to think that probably dinosaurs weren’t plaid after all.

Well, buck up! They—at least some of them—probably did look really awesome.

END_OF_DOCUMENT_TOKEN_TO_BE_REPLACED

I’ve been slacking off on the Featured Papers, since it’s the field season and I’ve been reading less than usual; but this paper is too crazy not to mention.

END_OF_DOCUMENT_TOKEN_TO_BE_REPLACED

You may see ads on this blog. These are placed by Wordpress to cover the cost of this (free) blog. I do not get any money from these ads, and I do not get to choose which ads you see. I wish there weren't ads too!
Tough Little Birds
Blog at WordPress.com.
Loading Comments...