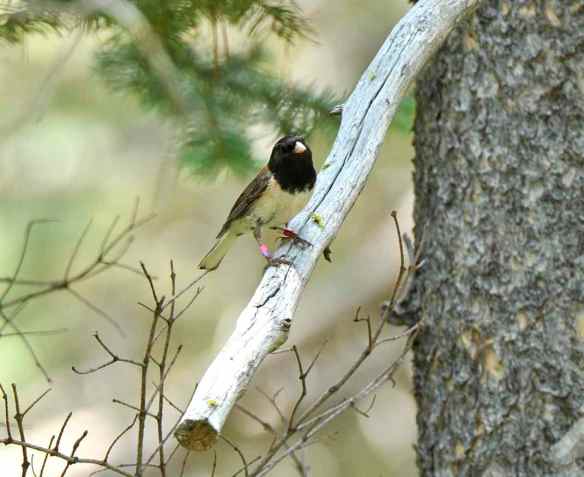 ARKM the Dark-eyed Junco showing off his perfect birdiness.
Photo by M. LaBarbera

I think we can all agree that the junco is pretty much the Ideal Bird. Ask any small child. Brownish, feathers all over, small round body, short neck, cute twiggy legs, little triangle for a bill: that’s what a bird looks like. 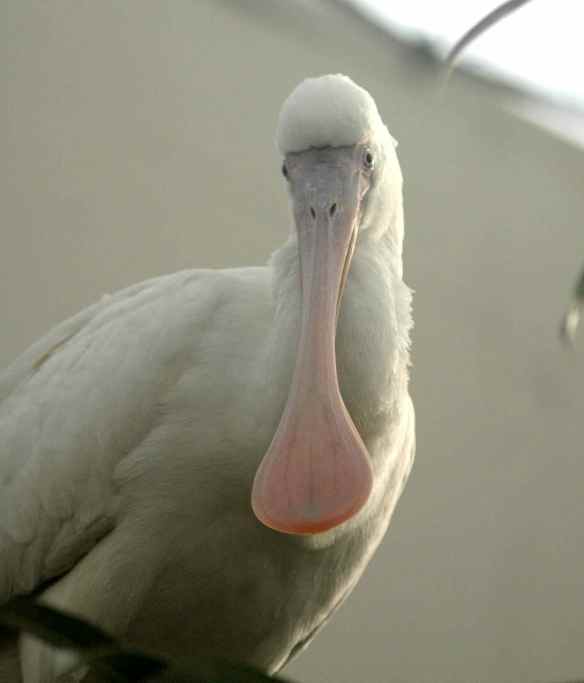 Or not. None of the following birds look like a small child’s quintessential Bird, because these birds—with their spoonbills, mustaches, and scary dinosaur feet—are awesome weirdos.

END_OF_DOCUMENT_TOKEN_TO_BE_REPLACED 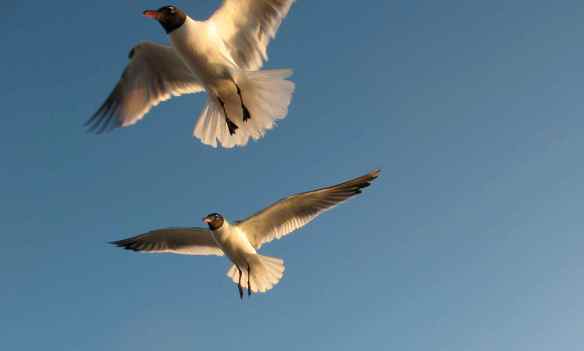 Everything about avian morphology has been shaped by the requirements of flight. Flight is hard. Animals are heavy, being largely composed of water, and air is not dense; you have to work hard to generate any force by manipulating air. The problem for any flying animal is to be light yet powerful – and to still be a viable animal, capable of eating and storing energy and making babies. A hypothetical weak but extremely light animal – think an air-jellyfish – might be able to fly, but would probably starve. While the ocean is filled with floating particles that real jellyfish can catch simply by passively floating, the air is not so bountiful. (You could argue that web spiders filter-feed in air, but… all right, I don’t know if air-jellyfish are impossible. I think we’re getting off-topic here.) 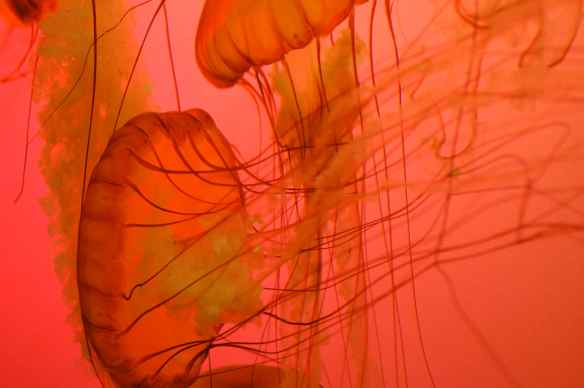 Air-jellyfish wafting through a pink sunset.
(Or, Northeast Pacific sea nettle in an artistically-lit tank at the Shedd Aquarium.)

In any case, birds didn’t start out as light, thin, filmy creatures. They started out as small raptor-y dinosaurs. Natural selection acts only on the traits that are present: massive change to the shape of an organism is hard. (Not impossible! But comparatively rarer.) Birds started out with backbones, four limbs, a head, two eyes, etc., and they evolved flight from that initial morphology.

But how do you make a dinosaur that can fly? Dinosaurs are strong, yes, but they are heavy. Bones are heavy; muscle is heavy; fat is heavy; teeth are heavy.