Clever Hans was a horse. He lived in the early 1900s, had an article written about him in the New York Times (“Berlin’s Wonderful Horse: He Can Do Almost Everything but Talk“), and has a scientific phenomenon named after him: the Clever Hans Effect.

Why was Hans clever? He could do math – even fractions! He could tell time! He could use a calendar! He could recognize currency! He could tell the difference between musical tones! He could identify people from photographs! He could not only understand German but read and spell it! Basically, clever Hans was smarter than your Honor Roll student. And he was a horse. 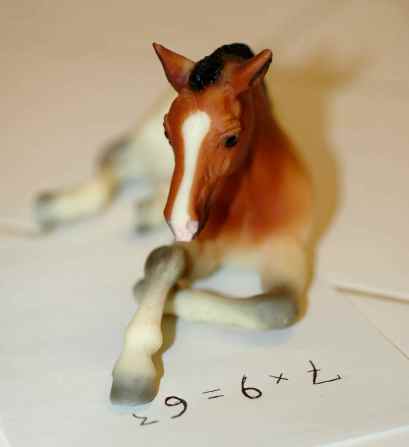 Many animals are highly intelligent. For example, I have no doubt that psychologist Irene Pepperberg’s late, great African Grey Parrot Alex could have performed most of clever Hans’ tasks. But, sad to say, clever Hans was a fraud.

END_OF_DOCUMENT_TOKEN_TO_BE_REPLACED

You may see ads on this blog. These are placed by Wordpress to cover the cost of this (free) blog. I do not get any money from these ads, and I do not get to choose which ads you see. I wish there weren't ads too!
Loading Comments...
Comment
×