Found a young or injured bird? Read this post.

Do you have a question about birds, animal behavior, or field biology? Ask it in the comments here and I’ll do my best to answer it. 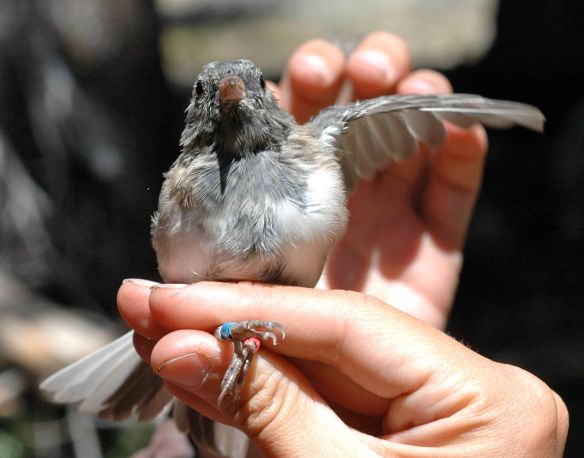 Raise your hand/wing if you have a question.

What do I do if I find a baby bird?

How do geckos stick?

What do birds see?

How do birds keep warm? Part 1 and Part 2

How do birds sleep without falling out of the trees?

Why do birds hold their heads still, like in that chicken ad?

What happens to the animals when there is a fire?

What do birds do when it rains?

Does food taste the same to animals as it does to us?

Do birds have a sense of smell?

Could ducks in the water melt ice with their body heat?