Not too long ago, the generally-accepted answer to this question would have been: “Not really—a few birds do, but most don’t.” This was largely based on the observation that most birds have very small olfactory bulbs in their brain relative to their overall brain size. As we observe bird behavior, however, we are are increasingly realizing that most birds can and do use smell regularly, often for very important things.

Let’s begin with the birds that have been known for a long time to use smell. Kiwi birds are unique in having their nostrils on the end of their bills, rather than close to the base of the bill like all other birds. Kiwis stick that long bill into the soil and use their nostrils to sniff for insects and worms. 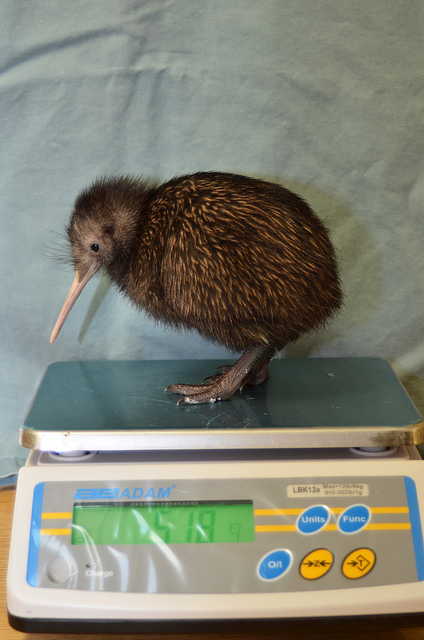 It makes a lot of sense that kiwis have a good sense of smell, even if you think that birds in general don’t, because kiwis seem to have evolved to be the avian version of a small fuzzy mammal. Kiwis evolved on the islands of New Zealand, where the only mammals were bats. The small-brown-fuzzy-nocturnal-snuffling-in-the-dirt-for-worms niche was open for the taking, and kiwis—flightless, nocturnal, and covered in long thin feathers that are highly reminiscent of hair—took it. A good sense of smell goes with that niche.

Other birds were also known for a while to have good senses of smell: vultures smell rotting carcasses from high in the sky, and follow that scent to their decaying feast.

Griffon Vulture can smell you from here.

Tube-nosed seabirds (a.k.a. procellariiform seabirds) like storm petrels, which fly far over the ocean in search of krill, can smell a chemical that is released by phytoplankton—the prey of krill—when krill eat it. They use that scent to find the krill.

Just to be clear: krill are tiny creatures resembling shrimp. These seabirds are flying in the air, detecting the scent of tiny kind-of-shrimp eating even tinier things under the water. 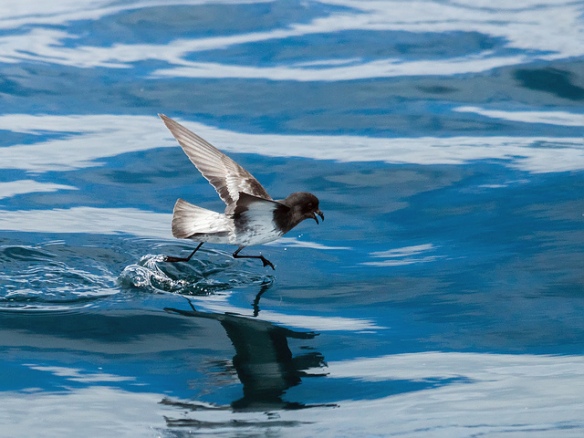 Tube-nosed seabirds breed in huge colonies—they can contain up to several million breeding pairs. In this huge mass of breeding birds, finding your own nest is key: you don’t want to relieve someone else’s mate of incubation duty while your own mate waits patiently, and you don’t want to accidentally feed someone else’s chick while your own goes hungry. Many tube-nosed seabirds return to their nests at night in the dark, making finding their own nest even more challenging.

Petrel burrows in a breeding colony. Find yours!
Photo by Tommy Hall/Island Conservation*

Scientists had noticed that these birds’ nesting burrows had a distinct musky scent, and thought that since these birds are already known to have a good sense of smell for foraging, perhaps smell was involved in nest-finding too. A study that temporarily impaired the ability to smell in several species of petrel found that the species that return to their nests in the daytime could still find their nests—presumably they find the nest by sight—but species that return at night had a lot of trouble returning to the right nest when their sense of smell was impaired (Bonadonna & Bretagnolle 2002).

Bonin Petrel in burrow. Photo by Forest and Kim Starr*

Antarctic Prions, which “have a musky scent that tends to permeate cotton bags used for transporting birds,” find their burrows by recognizing the individual scent of their mate (Bonadonna & Nevitt 2004).

Tube-nosed seabirds are smell geniuses. But what about other birds—what about the songbirds that come to your birdfeeder?

There is some evidence that birds that roost in cavities can smell whether predators have been there. If the bird smells a predator inside a cavity, the bird is less likely to sleep inside the cavity. This hasn’t been widely tested—it may be that only a few species can do this, or that many can—but it certainly makes sense: sleeping (or nesting) inside a cavity is safe if there are no predators, but extremely dangerous if a predator frequents that cavity. 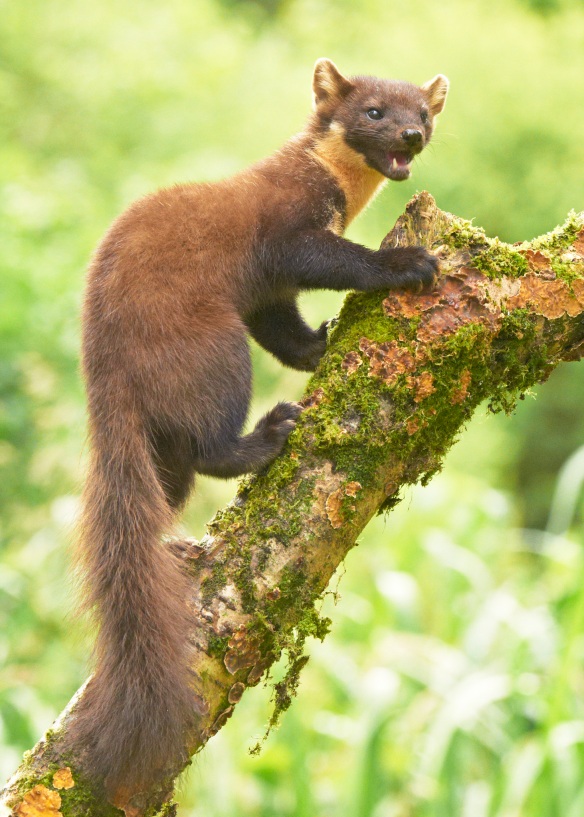 Oh come on, I smell great. You should definitely come inside if you smell me, delicious little birdie.
Pine Marten; photo by Flickpicpete*

One particularly intriguing recent study—on Dark-eyed Juncos, no less!—looked at the possibility that juncos use scent in courtship. Birds maintain their feathers by periodically coating them with preen oil; the specific chemical composition of this preen oil varies among individuals, and it is possible that birds could tell things about the quality of an individual by smelling his preen oil. Indeed, the composition of the preen oil correlates with reproductive success in Dark-eyed Juncos, so smelling the preen oil of a potential mate might give a bird useful information.

Birds have long been observed performing a behavior called “bill-wiping,” where the bird wipes the sides of it bill against a surface like a branch. This happens when the bird is eating, which makes sense—it may be the avian equivalent of using a napkin; but it often also happens when the bird isn’t eating. For decades this was considered a “displacement activity,” something the animal does as a sort of nervous tic when it can’t do what it really wants to do: like fidgeting or biting your nails.

However, recently Whittaker et al. (2014) wondered: couldn’t bill-wiping actually be birds leaving scent marks? Mammals do this all the time, to mark territory boundaries and court each other. A bird’s bill is what it uses to spread preen oil over its feathers: bill-wiping could be spreading preen oil on the surface the bird is wiping, and releasing the smell of that preen oil into the air, like a sexy scratch-‘n’-sniff.

We don’t yet know if this hypothesis is true. Male juncos were found to bill-wipe much more when courting or guarding their mates than while doing other activities, and scratching preen oil did seem to make it more detectable to the birds; but a lot more experiments will need to be done to strongly support this idea. Still, it’s a very interesting idea for a behavior that was long considered to not have any real purpose, in a bird that, until recently, wasn’t thought to use its sense of smell.

You never know what new things people might discover. 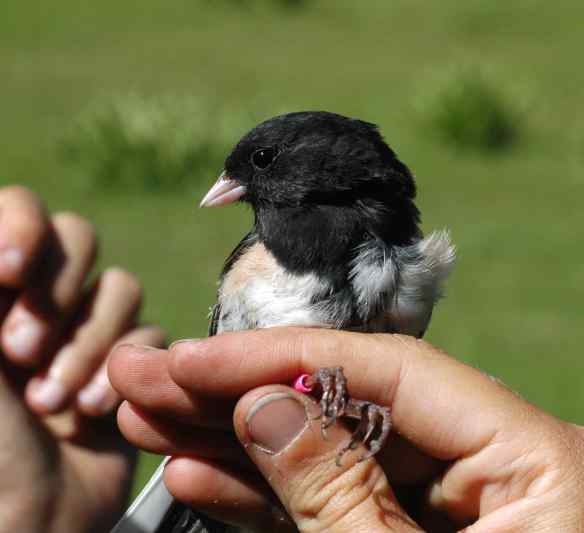 I smell so good.

5 thoughts on “Do birds have a sense of smell?”