For some reason, lots of junco nestlings and young fledglings really believe they can fly.

Sorry, little guys. You are definitely wrong about this.

BBAR can totally do this.

Why do I have these photos? Because we try to photograph every nestling and fledgling to get a sense of their age and development. The feathers in their tails, wings, and along the feather tracts on their bellies and backs all grow in quickly at this stage, giving you information about the age (or, if you know the age, the development for its age) of the bird.

So we try to photograph them from the front and the back—and they all try to fly away, and we get these photos.

AYME with her miniature junco tail

Often you can still see the feather growth pretty well though. Notice the variation among these young birds in tail length and how many of their wing feathers are out of their sheaths. As the sheaths of the pinfeathers break away in small fragments they become debris that looks a lot like dandruff. 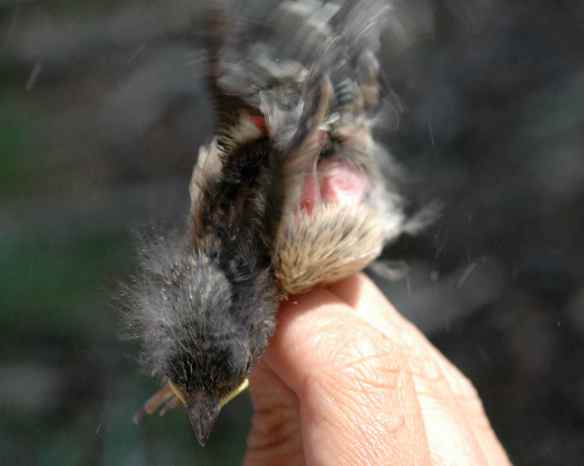 AMMR’s tail is just breaking pins, while his wing feathers are about half out of their sheaths. 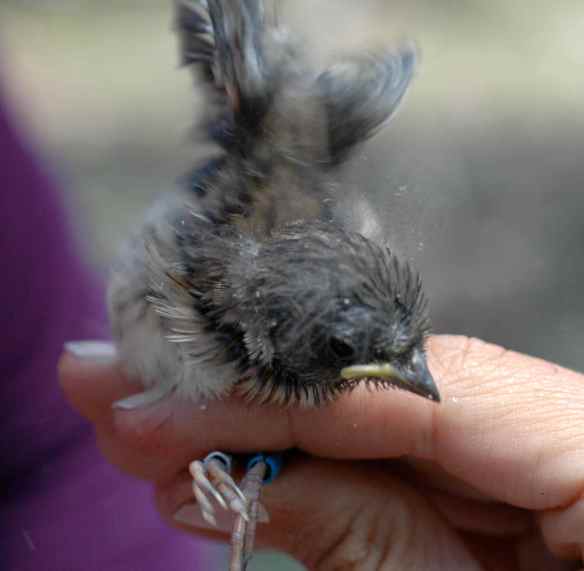 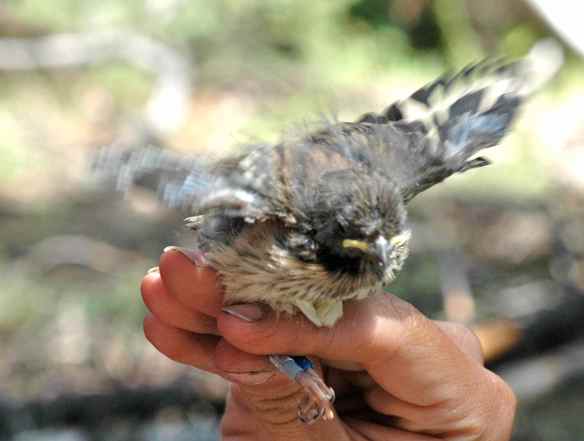 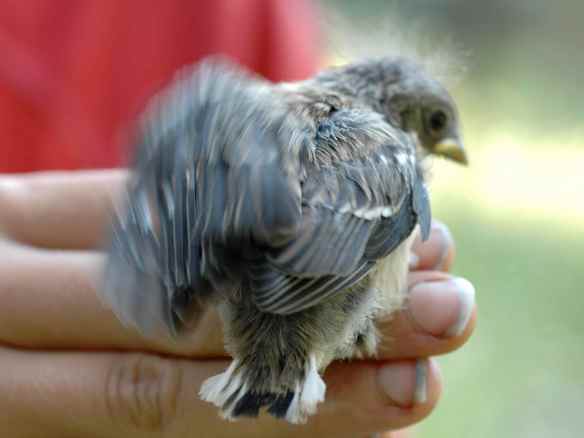 UB has almost enough feathers to do this 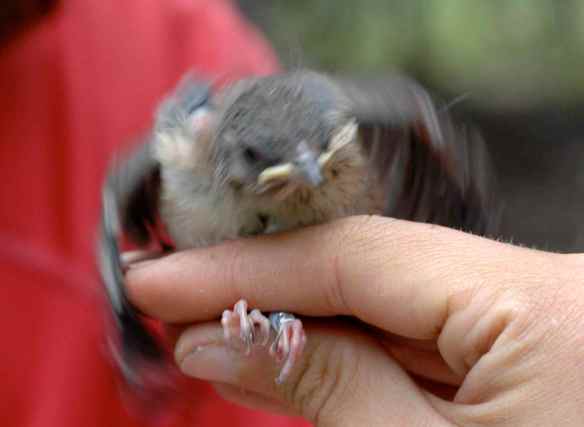 Most of RAYS’ feathers are still in their sheaths

All the better to fly with!! Except… not. 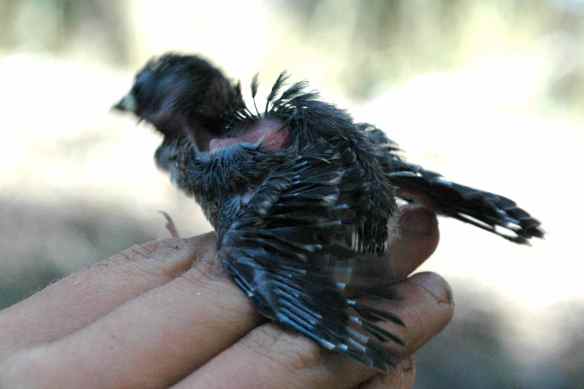 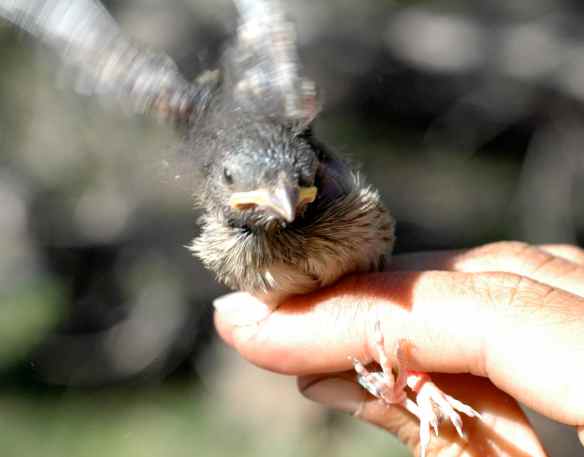 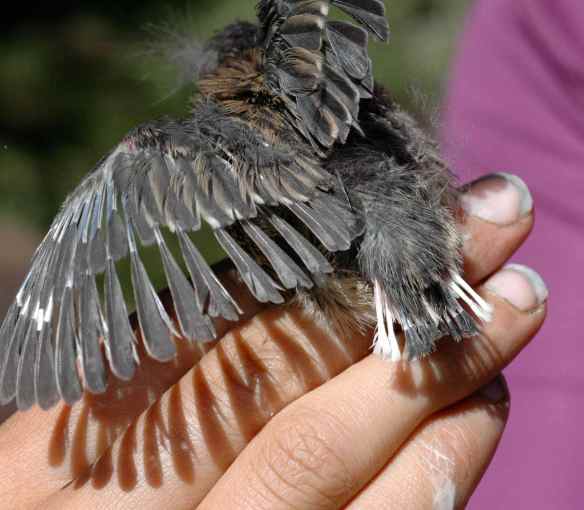