What happens when we catch a junco: 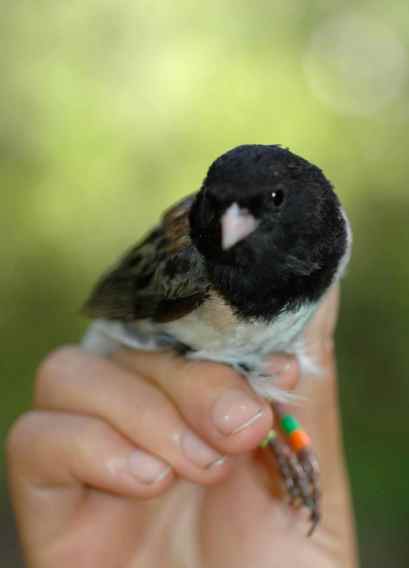 GOAL with his leg bands

We then photograph the bird from several angles with a standardized color card. This will allow me to compare the color of birds and the size of their color patches. 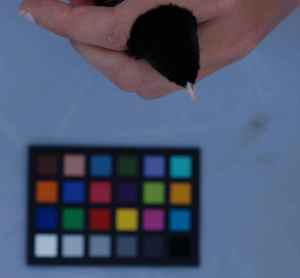 The darkness of the head can vary 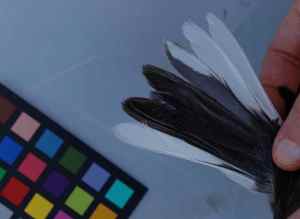 The amount of white on the tail also varies

After photography, I collect about 50 microliters (a very small amount) of blood from a vein in the junco’s left wing. This will allow me to look at the population genetics of these juncos and to see who is successful in having chicks this year.

I snip off a few body feathers with scissors. I will analyse the isotopes in these feathers to look at the composition of the junco’s diet. The juncos have hundreds of body feathers; taking a few does not harm them.

Finally I weigh the bird. I do this last because this is the part where the bird is most likely to escape; if one does—as GOAL did last week—then the only data lost is the bird’s weight.

We weigh the birds in old film canisters. This looks pretty silly. 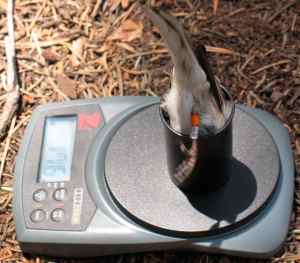 We then release the junco. Usually they fly out of sight, but those that land near enough for us to watch them usually fluff themselves up, adjust their disordered feathers, and inspect their new leg bands suspiciously.