When you’re target netting, as we are, you use just a few nets and play the song of the bird species you want to catch to lure them into the nets. Even so, sometimes you accidentally catch other things.

The bycatch we dreaded was the stinging insects: we caught two bees and three wasps last week. We did get all of them freed, but it was very time-consuming, and was more time spent closer to these stinging guys than I really ever wanted. Lots of disentangling one body part and then flinching back, disentangling another and flinching back…

It’s hard not to like avian bycatch, though. We extract them from nets and simply release them—I don’t have a permit to do anything with any species besides juncos—but still it’s fun to handle other bird species, and to see them up close. 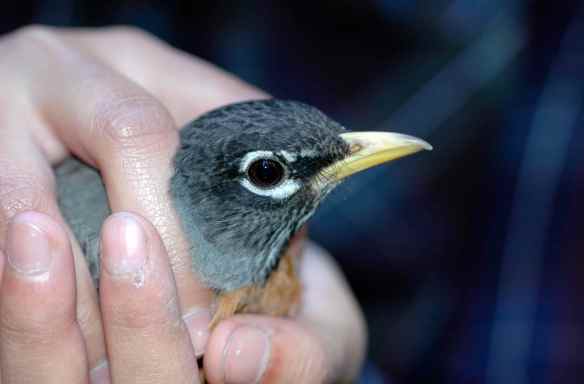 Robins are much bigger than you expect. Angry, too. 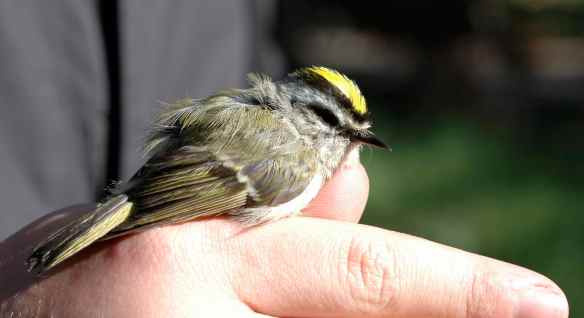 The Golden-crowned Kinglet’s mate hopped all around in the trees nearby, calling for him, while we extracted him from the net. We let him go quickly so he could find her again.