We know a little bit about how dinosaurs probably looked: we’re learning that a lot of them had feathers, and even beginning to be able to figure out what patterns might have been on their plumage. But there’s a lot we don’t know; we may never know for sure.

In evolutionary biology, when you don’t know something about an extinct species—what kind of nest it built, or what sounds it made, or how many babies it had—you look at the species that evolved from it. You infer that it probably was similar to at least some of its descendent lineages. For dinosaurs, then, we would look at birds.

I remember, as a kid, thoughtfully coloring my dinosaur coloring books and paper-mache dinosaur scultures in shades of green and brown. I knew about camouflage, and I was sure that this earthy color palette must have been the one favored by these animals. Silly me.

Sure, there are brown birds. But there are blue birds, and yellow birds, and red birds; and even if you think perhaps feather evolution had not yet gotten so sophisticated as to produce a hummingbird’s iridescent purples when the dinosaurs roamed the earth, here is this King Vulture to demonstrate that you don’t need colorful feathers to be bright. 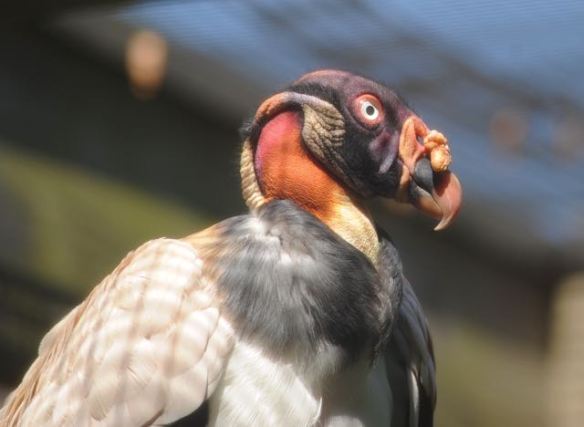 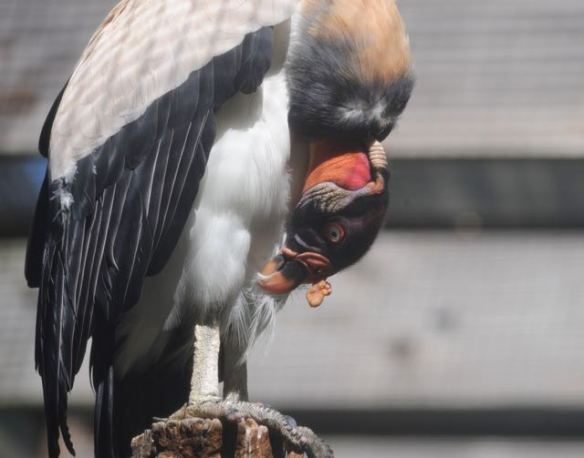 Still, you do want to keep your feathers looking good.

Plus, why not add on a weird nose flap and a big cord running down the back of your neck, just for fun? 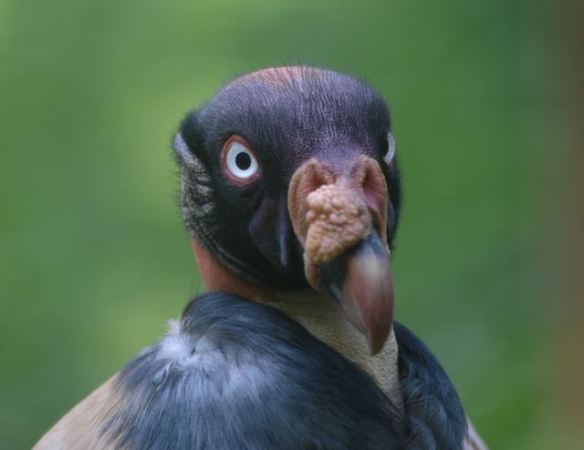 Lest you think the King Vulture an outlier, take a look at this Southern Cassowary: 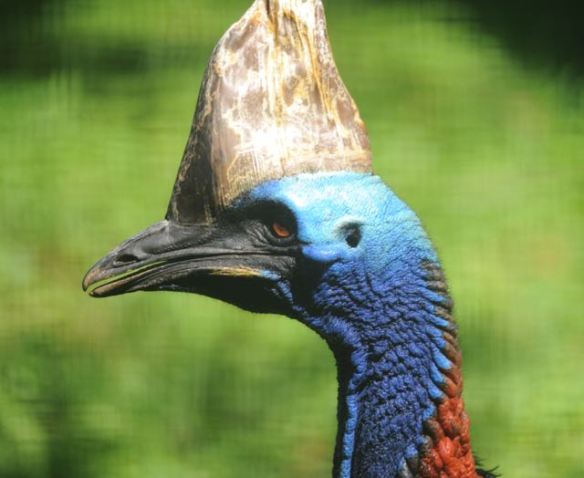 If someone gave you the skeletons of these birds and asked you to reconstruct their appearances, would you ever come up with looks so outlandish? So go ahead and imagine dinosaurs in some crazy colors. You’re probably not wrong.

And of course, enjoy the fact that we get to see our currently living dinosaurs in all their strange glory.