Recently I was lucky enough to spend some time in Spain, where the land is dotted with hilltop castles and the winding narrow streets of the old cities are encircled by sturdy stone walls. I crouched behind crenellations, pretending to be a bowman awaiting attack, and climbed dark winding staircases glad that no defending army waited at the top. 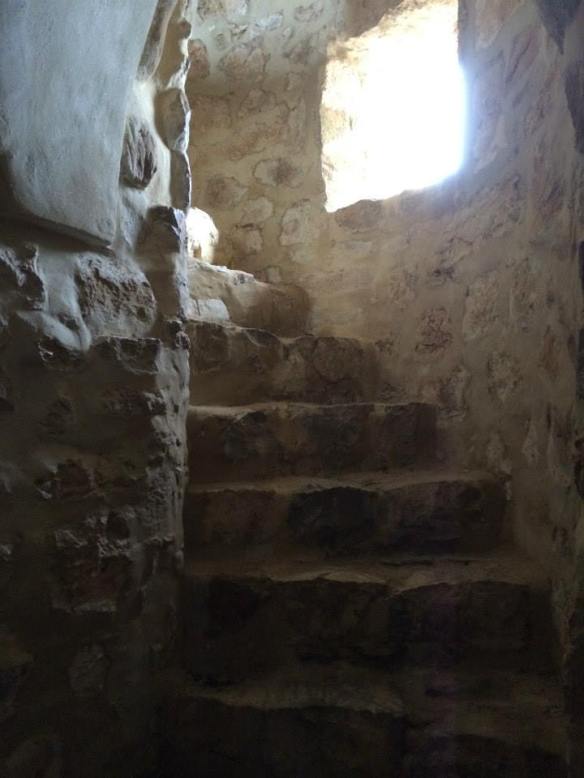 Winding staircase in the Olvera castle.
Photo by Q. Stedman

It’s exciting and romantic to imagine castles and walled cities in the flush of functionality, but it’s hard to ignore that the motivating force for those structures was real, unromantic, gut-knotting peril and fear. The people who lived in those cities put up thick stone walls with their hands because they thought other people were going to come and unromantically kill them—which they sometimes did. 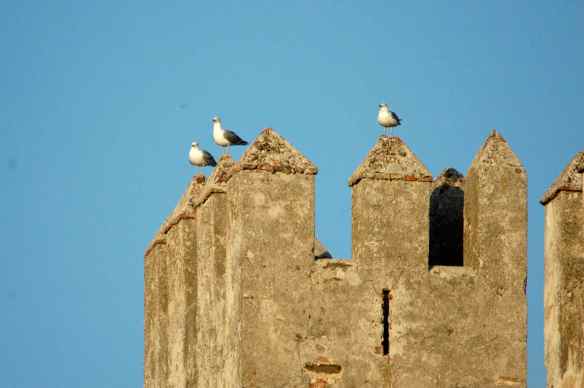 When birds build nests, they’re responding to that same threat. Eggs and baby birds are easy targets for anything from mice to snakes to deer to toucans. To keep them safe, birds too rely on stout walls, secret passageways, and defending armies.

Cavity-nesting birds hide their young in holes in trees, rocks, and buildings. When you build a birdhouse, it’s for these birds: many of them will readily accept a man-made cavity, especially since there are often fewer natural cavities than there are pairs of birds who want to nest in them.

The reasons for nesting in a cavity are essentially the same as those for keeping your important people in a building with thick walls and few entrances: the physical barriers keep a lot of your enemies out. The size of the entrance hole is key for cavity-nesting birds, since the smaller it is, the fewer predators will be able to get in. 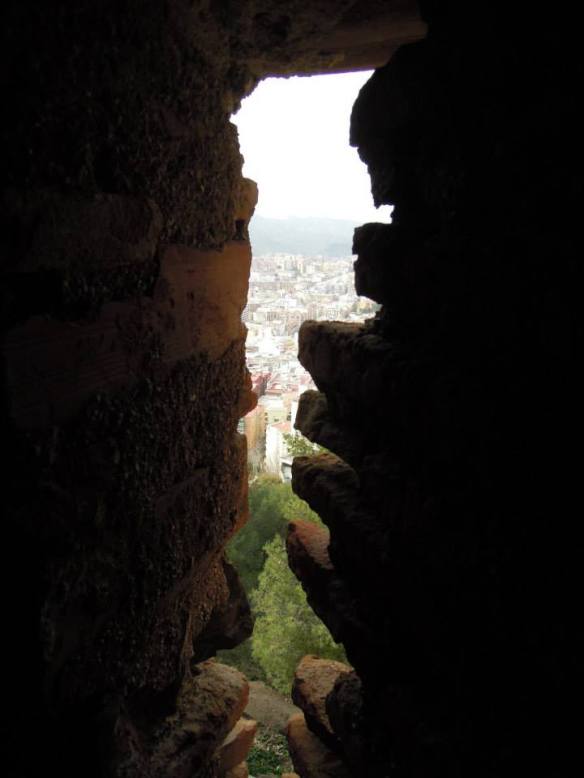 The view through the window slit in Gibralfaro Castle, Málaga. Always keep the openings into your castle as small as possible.
Photo by Q. Stedman

A researcher who I worked with on House Wrens, a cavity-nesting species, had a problem when he first started his work. He had built hundreds of nestboxes for the wrens, and the wrens were using them, but too many of the nests were being depredated. When he made the entrance holes in the nestboxes smaller, the predation rate dropped, and he was able to do his research. 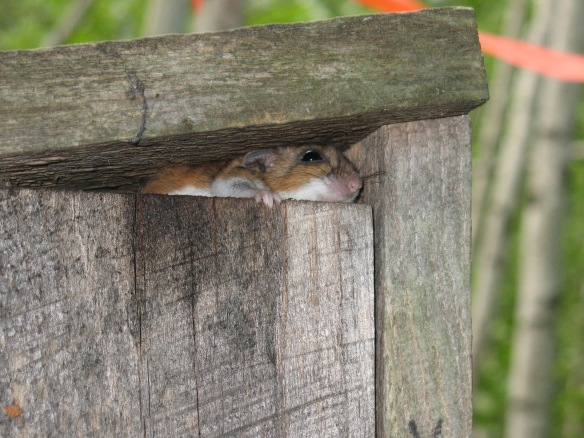 This is not what you want to see in your wren nestbox.

There’s a limit on the size of the entrance hole, though, since the parents have to be able to get in and out of the nest. Or… do they? 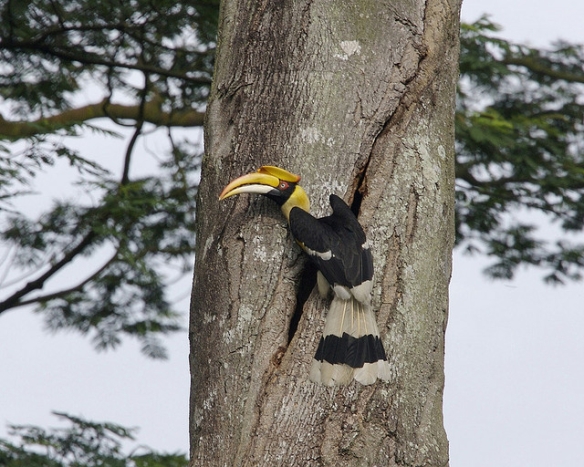 A nesting female hornbill goes inside her chosen cavity and then walls up the entrance with mud and/or her own feces (nature is beautiful), leaving just a narrow slit through which the male can feed her. Then she stays in there, laying her eggs and incubating them and passing food to the chicks, until the chicks get so big that everyone can’t fit in the nest anymore, at which point she breaks out. If she’s a Sulawesi Red-Knobbed Hornbill, she stays in the nest for an average of 93-114 days. 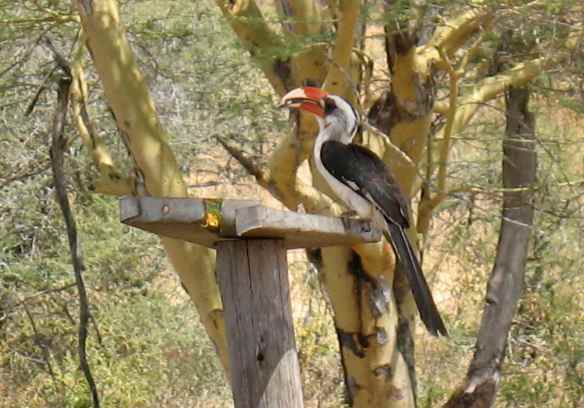 Nests often have several layers of defense. First, the predator has to find it: some nests, like ground nests (including those of juncos) rely entirely on the predator not succeeding at this mortal Easter egg hunt. Then, the predator has to get to it. Birds nesting on sheer cliffs, in cavities, or in hanging nests make access to the nest difficult in the hopes of so discouraging any predators who may have located the nest. But once the predator has found your nest and gotten inside, it’s all over.

Unless you’re a Southern Penduline-tit. 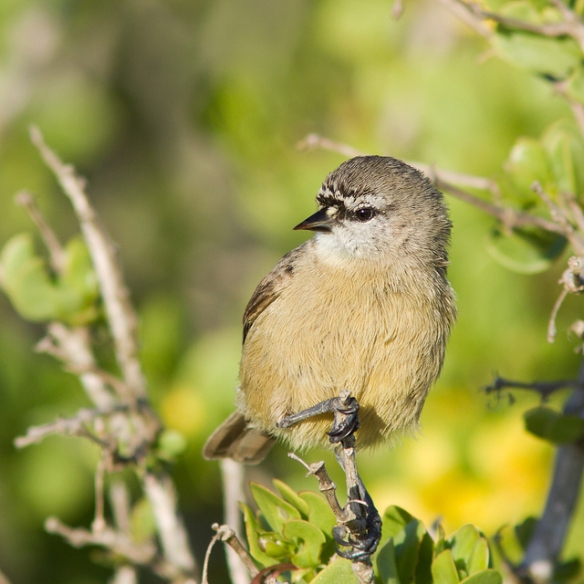 These little guys make round, hollow hanging nests with a decoy entrance and a secret passageway only the birds can get to. Even if a predator gets to the nest—which is hanging from a branch several meters off the ground—it’s likely to go in the decoy entrance, find nothing, and leave. 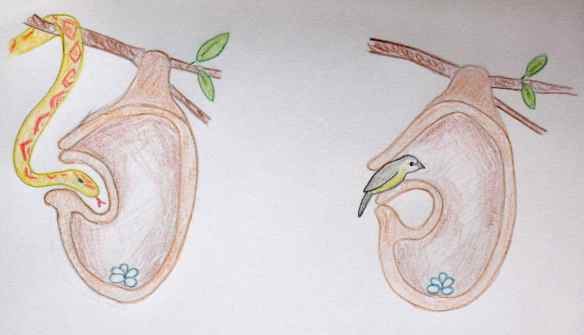 Cut-away sketch of the nest. Left: a snake investigating the decoy entrance. Right: the bird in the real entrance. After Figure 8-36 in the Handbook of Bird Biology.

Birds will themselves try to defend their nests against predators, but often this isn’t possible. The predators may be too big to be fought off, may be threats to the parent birds themselves, or may attack when the parents are off foraging. Better to have an army on guard at your nest at all times, an army that—for your safety—does not contain yourself. 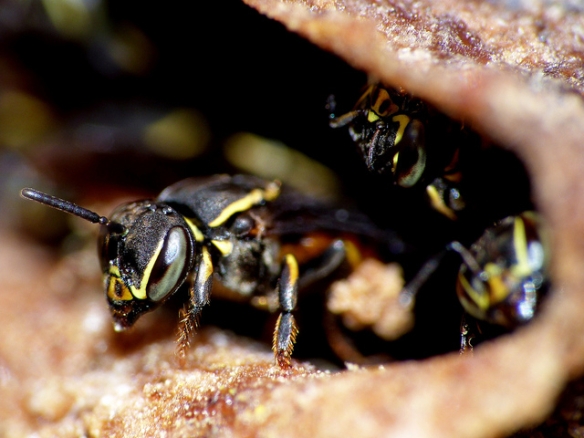 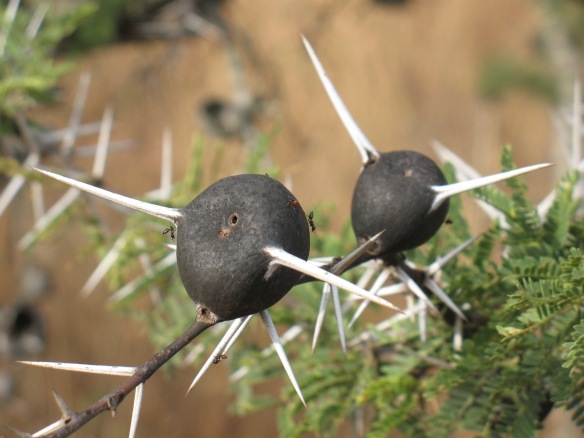 Many tropical birds nest near wasps, bees, or biting ants, counting on the insects to get angry when a predator comes close. (It’s not clear why the insects don’t attack the birds.) Rufous-naped Wrens mostly build nests in ant-acacia trees, where ants living on (and in) the tree will attack any interlopers. Sometimes, to be doubly safe, the wrens nest near wasp nests in the ant-acacia trees. 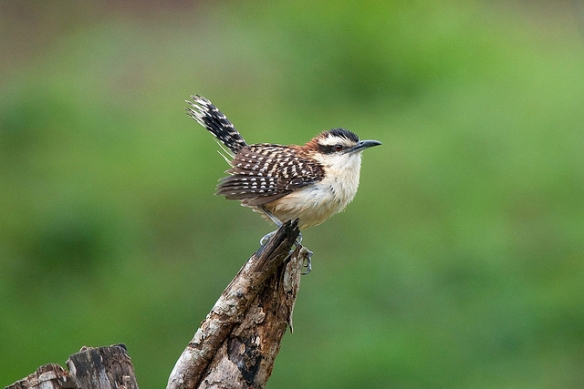 Violaceous Trogons make a nest cavity inside a large paper wasp nest. Do not try this at home. 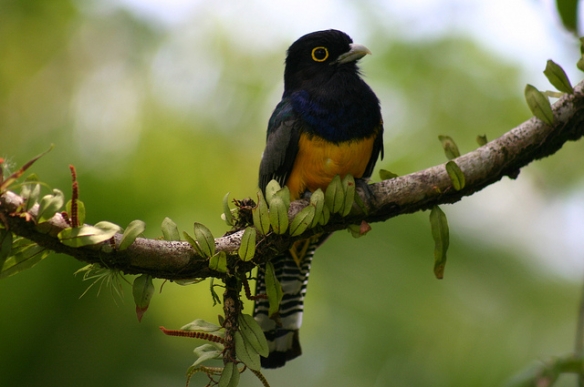 Other birds nest in or near termite mounds, near Imperial Eagles or Snowy Owls, and near breeding crocodiles. That’s right: if you want to get at the Water Thick-knee’s nest, you’re going to have to get past the angry mama croc first. This castle has a dragon. 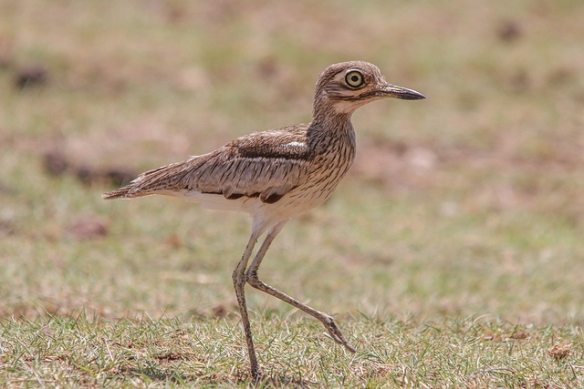 5 thoughts on “Safe behind these castle walls, eggs: how birds’ nests protect their precious contents”