The general public–and especially the media–appears to be conflicted over what it means when a person has a PhD. There are three main schools of thought:

1) A PhD means you are an awesome genius and know everything.

2) A PhD means you are an ivory tower elitist and know nothing.

3) A PhD means you belong to a nefarious conspiracy dedicated to lending credibility to lies in order to get money or fame.

Sometimes several of these are combined. Believe both #1 and #3, and you’ve got one of the main arguments of climate change deniers (“Climate scientists are lying and spreading false fear in order to keep their jobs secure, and we know this because we found one climate scientist who says climate change isn’t real!”).

The ivory tower elitist PhDs are in a conspiracy of lies to make the public continue to give them research money, and I believe this because the guy who told me has a PhD, so you know he’s right!

None of these three are true.

PhDs are different among disciplines, among schools, and among individuals. The one thing that you can say with confidence about a PhD, I think, is that it means the person spent a very long time thinking about, discussing, and testing ideas about one subject. Usually that means that the person is skilled at evaluating ideas in general. But a PhD can only lend its expert credibility to the subject that it was given in. If you read that So-and-so, PhD, thinks that vaccines are dangerous, your first question should be, “PhD in what subject?” and your second question should be “How much time has he spent actually looking at evidence on this issue?” PhD-holders have as many opinions as everyone else, and unless those opinions are the result of the kind of depth of analysis that earned that person a PhD in the first place, they are not particularly special.

I think that paper books are better than e-readers. I think that peanut butter is gross unless chocolate is involved. I think that snakes are elegant and sweet. I will probably still think these things after I get my PhD, and they will not be any more valid or important when they are thought by Katie, PhD than they are right now. 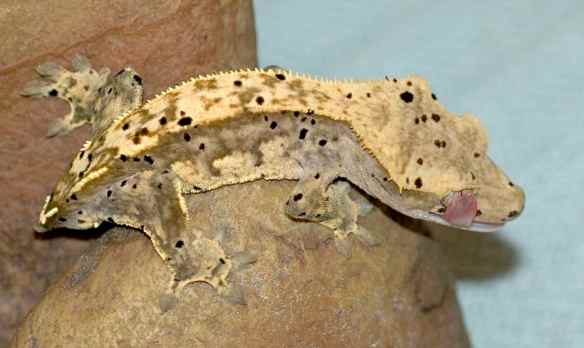 I think that moistening one’s eyes by licking them is better than using eyelids.

If it seems kind of weird that I’m trying to convince you not to think of people with PhDs as all-around geniuses, considering that I’m going to devote at least five years of my life to getting those three little letters put after my name, and hey, who wouldn’t want to be seen as a genius? – well, it’s because when you put that much work into something, you want to get credit for what that thing actually is. My PhD won’t mean I’m a genius, but it will mean that I designed and carried out a project on my own; that I stuck with something that was sometimes extremely frustrating and always challenging for a long time; that I know something about juncos; and that I have a lot of experience thinking about evolutionary biology, behavior, and birds. It will also mean that I know how to evaluate evidence and test hypotheses, meaning that I have the potential to be an expert on other subjects, if I take the time to apply the skills I learned to those new subjects.

As for the conspiracy thing, anyone who thinks that an overwhelming majority of scientists could be convinced to lie about their research for modest monetary rewards hasn’t spent any time around scientists. If we wanted money, we would have gone into… well… anything else. Anything at all. We do this because we want to know how things really are. We do not take the truth lightly. There are liars in science, as in any field; but when we find out about them, their careers are over.

But then, I’m trying to get a PhD. If there was a conspiracy, you would expect me to deny it, wouldn’t you?

6 thoughts on “What a PhD means”