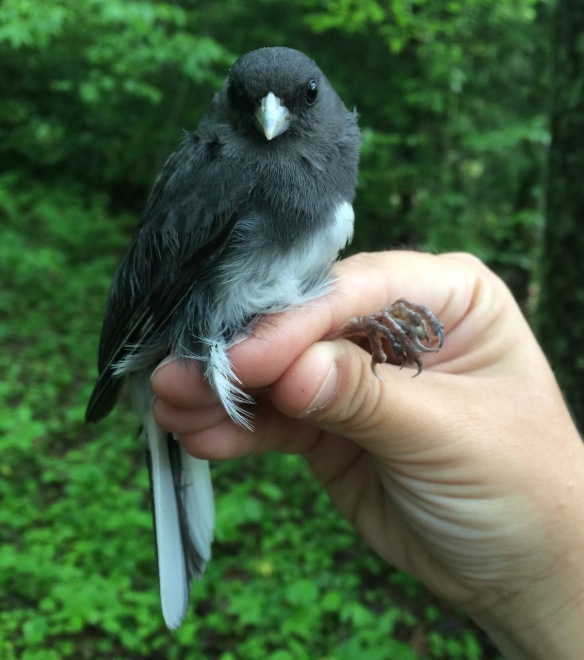 My first ever in-hand Slate-colored Junco!

While the thunderstorms and fog kept every other bird subdued, one species sang out boldly through the Smoky Mountain forests: my friend the junco. In North Carolina these juncos were not the birds I did my PhD work on, however; those were in the Oregon Junco group, with chestnut backs and sides and dark hoods, while these were in the Slate-colored Junco group, as all-over grey as their name implies. I was extremely excited when one of these new juncos decided to fly into our net so that I could take a closer look and hold a new subspecies of junco.

Note the blueish cast to the bill: that is unusual (most juncos have pinkish bills), and marks him as belonging to Junco hyemalis carolinensis, the subspecies that lives in the Appalachian Mountains. (There are two other subspecies within the Slate-colored group, but both have pinkish bills.)

One of my unofficial life goals is to hold every type of junco. That’s two down, now, and only four to go!

A second Slate-colored Junco got caught a few days later.

Other birds also appeared in our nets. The Black-throated Blue Warbler didn’t have enough light to show off his azure plumage to best effect, but he glimmered anyway, a muted jewel.

A Veery stopped by, big-eyed and nervous:

Another Eastern Towhee, no happier to be there than the last one, but showing off a remarkable tail: 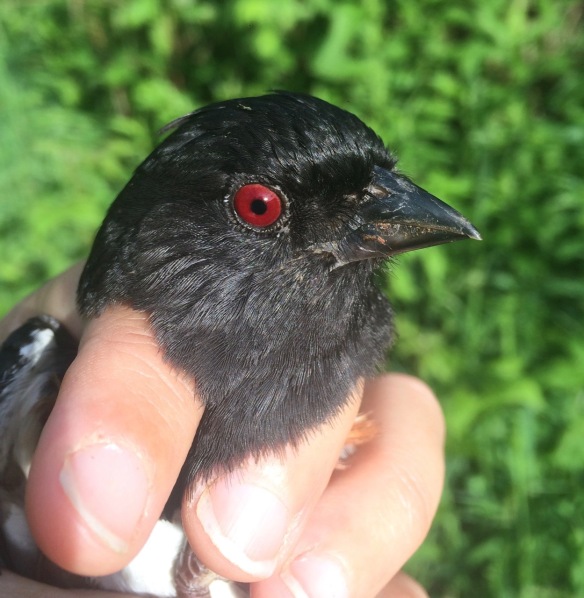 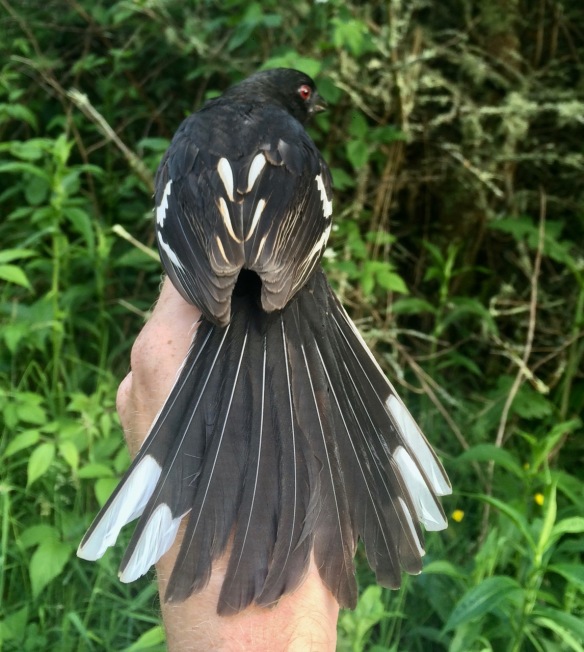 A Red-eyed Vireo was a particular delight, elegant and lovely in an understated way, with a nice hook on the end of his beak. 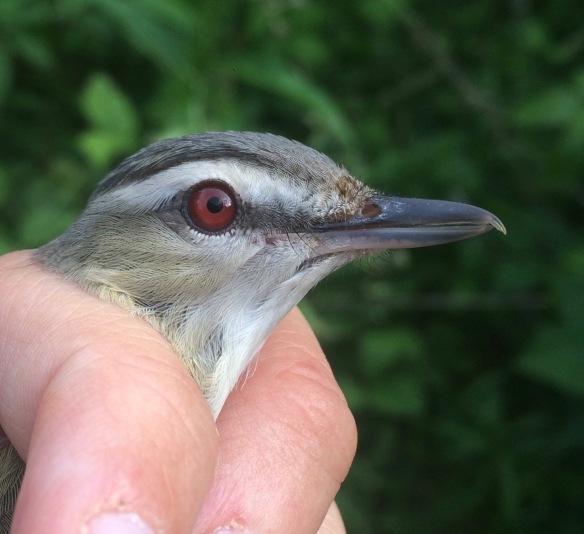 Then there was the bird that took my breath away. Now, I find great aesthetic value in all birds (save a few oddities like the ostrich, which I maintain are not quite birds, really); don’t get me started on the beauty of the plain brown House Wren. But this bird may truly be the most beautiful bird I have ever seen. 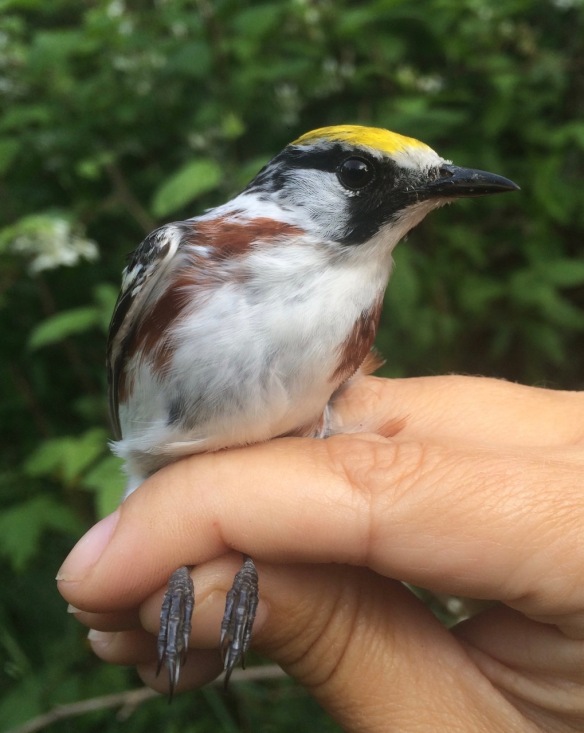 This is the Chestnut-sided Warbler, and I am in love.

No other species flew into our nets, but we did meet one additional bird anyway: one evening, while driving through the forest, I saw a bird in the middle of the road. It did not fly when I approached.

It was a fledgling Hairy Woodpecker, apparently alone and unflighted. Fledglings can leave the nest before they can fly, and they may often appear abandoned when in fact the parents are simply off foraging or feeding a different fledgling. This baby seemed in good health, so there was no reason to doubt that his parents were still caring for him; the only problem was that he was sitting in the middle of the road.

I took him to a tree with craggy bark that would offer good footholds. He grabbed on and moved up the tree a few feet in fine woodpecker fashion. There, I thought, now he can wait for his parents with the safety of some height, and not in the middle of the road. 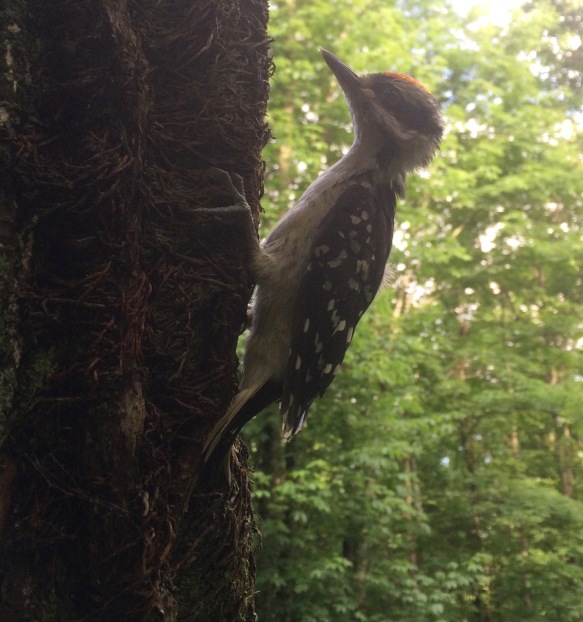 Then, to my surprise, he turned to face the valley lying to one side of the road, spread his wings, and dove off into a swooping glide that took him all the way to the trees on the far side. Not so unflighted after all!

My guess is that, still somewhat shaky in his flight skills, he had ended up on the ground and then not known how to take off. All he needed was a bit of height to get him started.