Today was my first day volunteering at a local bird banding station. This place is great: they have been banding birds for decades, recording population changes and individual measurements, and they care a lot about both the birds and the data.

More importantly, though:  I finally got my hands on some birds again.

It’s been a while. I had an abbreviated field season this summer, so I haven’t held a bird since July. Since then I’ve been applying for postdocs and writing my dissertation, both of which involve a lot of sitting inside and staring at a computer screen. I need some bird time. That is, after all, the whole reason why I’m applying for postdocs and writing a dissertation: because I love these guys. 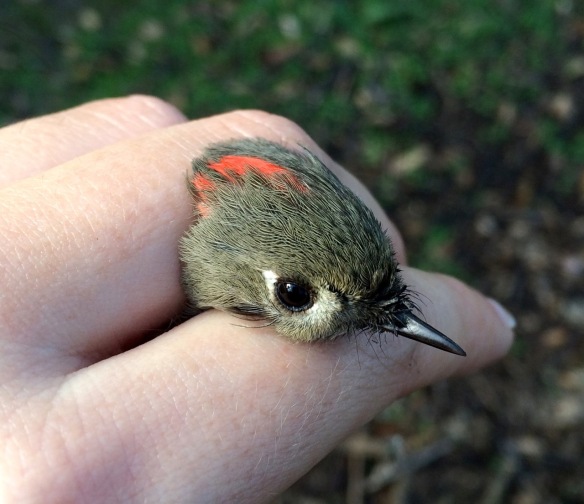 Some people do yoga, or meditate, or stand in power poses, or eat chocolate to feel good. I just need a Ruby-crowned Kinglet. 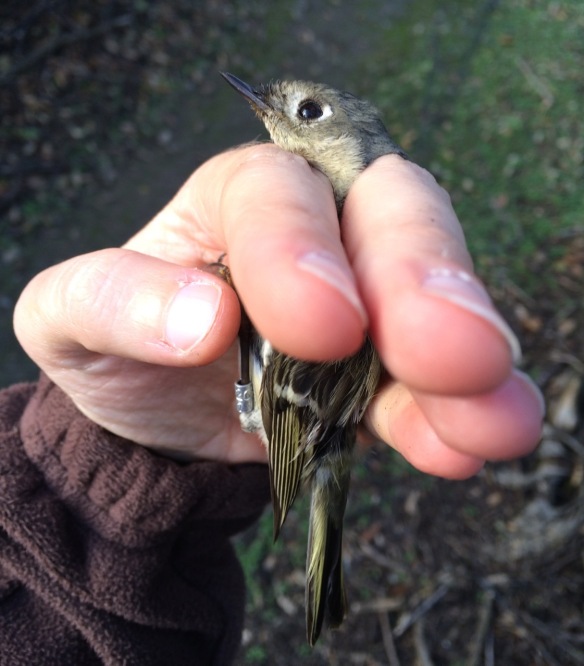 Here’s the rest of that kinglet’s body, if the previous photo concerned you: he isn’t a disembodied head, he’s just being held in bander’s grip. He’s fine. 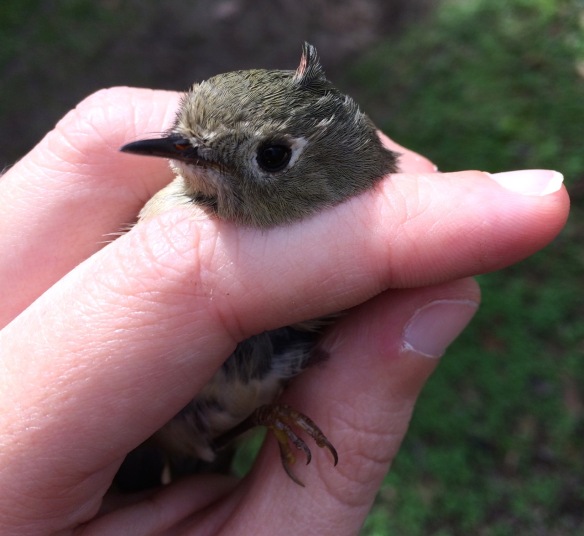 Another male Ruby-crowned Kinglet, with a more progressive hairstyle

Look how yellow his feet are!

As in my research, all of these birds get banded, measured, and then released. Some of them will be recaptured again next year here, or in five years; some of them might end up flying to other banding stations and being caught and re-released there, allowing scientists to look at where birds migrate. Many of them will never be recaptured, but that’s okay. The banding stations band lots of birds and expect most of them to disappear into their secret bird lives.

6 thoughts on “Birds in the hand again (finally!)”