Okay, no. It’s because of this video:

But bats aren’t just cute (and really, what animal wouldn’t be cute wrapped up like a burrito? I challenge you to think of one; even a cockroach would look big-eyed and winning). They are also intelligent, social, and adept hunters.

The baby bats in that video are in rehabilitation after losing their mothers to extreme heat. Heat stress is dangerous to any animal: all animals have an “upper critical temperature” past which they cannot survive. Bats cannot sweat to cool down in the heat, like we can; instead they pant, lick their wings, and fan their wings to cool off. Nursing mother bats have been found to be particularly vulnerable to heat stress, and extreme heat events disproportionately kill them, leaving orphaned bat pups—a lucky few of which end up in rehabilitation. 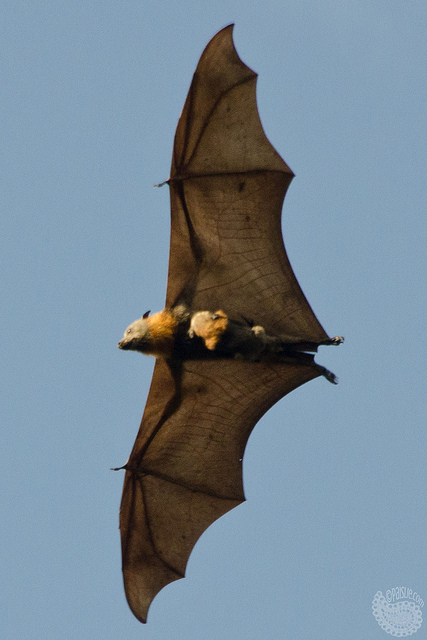 Where those babies should be: clinging to mom as she flies around.
(Grey-headed flying fox mother and baby; photo by Paislie Hadley.*)

Heat-driven mortality events like this, unfortunately, are something we may expect to see more and more frequently as climate change increases weather unpredictability and extremes. Many large bats like those in the video are considered threatened, and climate change is likely to be a major challenge.

Okay, that is the last sad/discouraging thing in this post, I promise. Back to our bat celebration!

Bats have been important to my field—behavioral ecology—particularly because they are one of our best examples of altruistic behavior. Vampire bats live together in colonies and do social things like groom each other. Like many small animals, they live on an energetic knife-edge, with starvation always a possibility: if a vampire bat does not eat for 70 hours, it will die. This is a problem, because the bats—especially young ones—often don’t manage to feed on a given night, putting them in danger of starvation.

This is where the altruism comes in: if a bat doesn’t manage to find a meal on its own, one of its roost-mates will regurgitate some of its own meal to feed its hungry neighbor. This is a generous act. The food-donating bat may well not be able to find a meal the next night, and by giving up some food, it decreases its own food reserves, putting itself in greater danger of starvation. It sacrifices something itself in order to save its roost-mate. 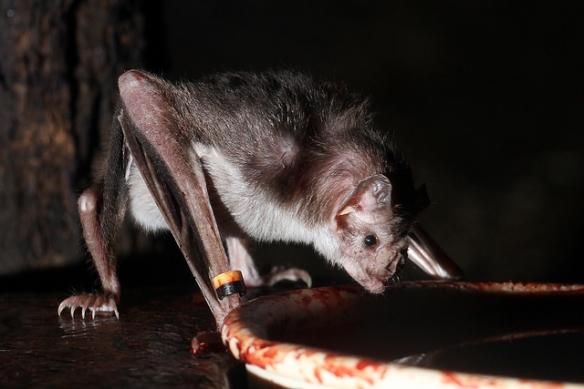 Why would the bats do this? In some cases it may be a case of helping kin: most of the females in these roosts are related; a female helping another female may be helping her sister or her daughter, and therefore indirectly helping her own genes survive. But it isn’t just that, because the bats often feed unrelated neighbors.

Evidence suggests that vampire bats share food for one of the same reasons that humans do things like help a friend move: reciprocity. You scratch my back, I’ll scratch yours. Bats are much more likely to feed a roost-mate if that roost-mate has fed them in the past. The bats live together for many years, so they can be reasonably sure that if they share food with a neighbor, there will be plenty of time for that neighbor to return the favor. And these food-sharing relationships go beyond food: pairs that share food a lot also groom each other a lot. Basically, these vampire bats are friends. 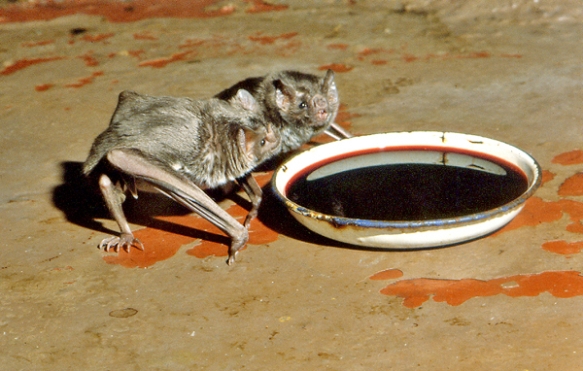 It’s hard not to think in anthropomorphic terms—”friends”—when you read about bats. One amazing account describes a Rodrigues fruit bat helping her roost-mate give birth: over the 2 hours that the female was in labor, her roost-mate groomed her, wing-fanned her, and wrapped her in her own wings. The mother shifted position a lot; when the mother hung head-down (the usual bat posture, but not the right one for giving birth), her helper would take up the correct-for-birthing feet-down posture, after which the mother would assume that posture too and the helper would wrap her in her wings again. This happened four times; Kunz et al. (1994) note that they cannot say that the helper was in fact “tutoring” the mother about which posture to take, but it certainly looked like there was a pattern of the helper demonstrating the posture and the mother following her “instruction.” 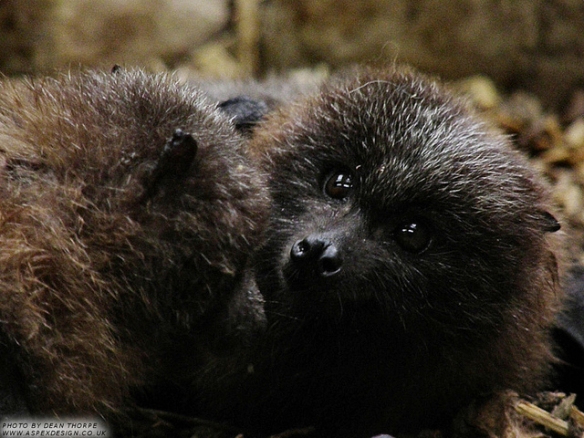 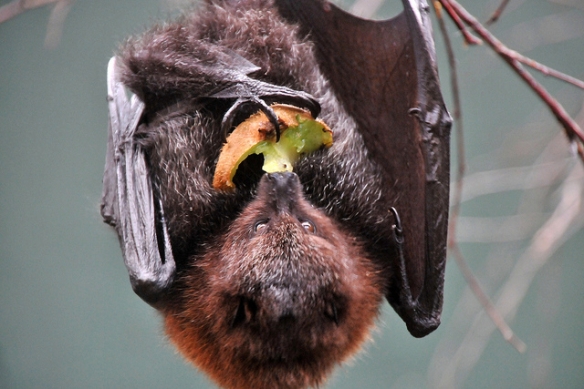 It isn’t all friendship and self-sacrifice and midwifery when it comes to bats, though: like everyone else, they have their sneaky and selfish moments. Mexican free-tailed bats live in huge colonies—some contain more than a million bats! One consequence of that is that there can be a lot of competition for their insect prey. Bats find insects at night by echolocation, emitting sounds which reflect off the insects and thereby tell the bats where the insects are. A recent study has shown that Mexican free-tailed bats can also make a sound that interferes with the echolocation of their fellow bats: when one bat echolocates to find an insect, another bat gives this echolocation-jamming buzz, which reduces the chances of the first bat capturing the insect by over 70%. The jamming, buzzing bat, meanwhile, swoops in to try to catch the insect himself. 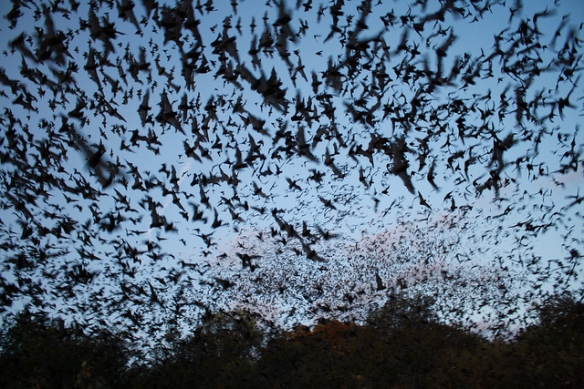 4 thoughts on “Bats are cool (and generous, and selfish, and fuzzy)”