ARKM, a male junco from one of my study sites in the Sierra Nevada mountains. Photo by M. LaBarbera

Ah, my noble research junco. Dramatic black hood, peach flanks, rusty back, hopping around the Sierra Nevada mountains and (hopefully) giving me insights into behavior, life history, and adaptation to environmental variability. That’s the story you mostly get from this blog, because it’s the one that I’m most intimately wrapped up in. But it’s a very small piece of the larger world of juncos and junco research.

The Junco Project has produced a series of videos entitled “Ordinary Extraordinary Junco,” all about the wide world of junco research. The videos are wonderful, covering the research in an interesting and accessible way, and filled with great footage of juncos doing every possible thing. If you only have time to watch one, check out Chapter 2: Appalachian Spring, which shows the field methods that I also employ, like nest searching, mist netting, banding, and collecting blood. It’s one thing to see photographs, and quite another to see how these birds look in motion. (As you watch, try to ignore the sound of my so-intense-it’s-audible envy of the resources these junco researchers have—aviaries! eight field assistants! nest cameras! radio-tracking devices!)

Just as my research is one tiny part of junco research overall, my population of juncos is a tiny portion of the juncos that are out there – and many of them are quite different. The juncos in Berkeley, CA, despite being quite far away from the Sierra Nevada juncos and many thousands of feet lower in elevation, look pretty much the same as “my” juncos… 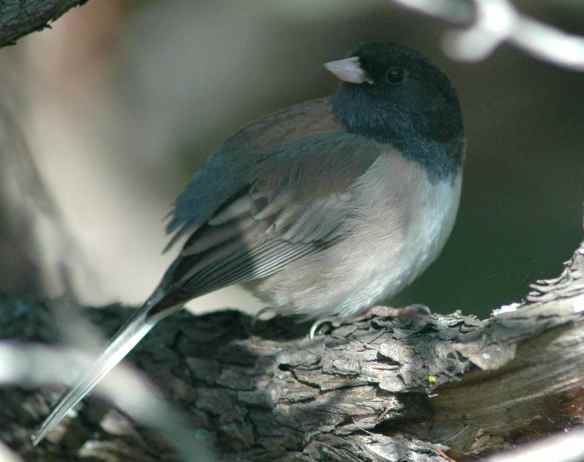 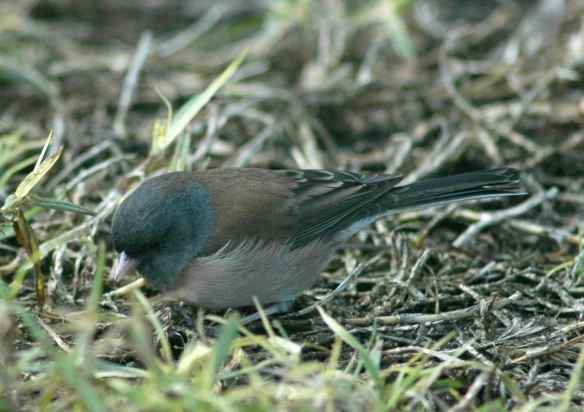 …but if you head east to Chicago, IL, you leave the Oregon juncos and find instead the slate-colored juncos. (Oregon and slate-colored are, depending on who you ask, either groups of subspecies of the species Dark-eyed Junco, or separate species.) The birds lose their hoods and most of their browns and become dark grey (males) or brownish-grey (females). 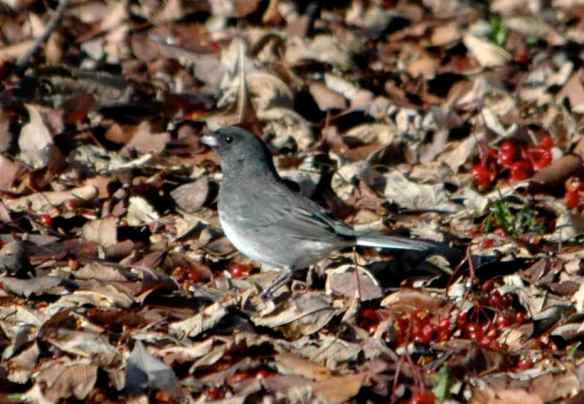 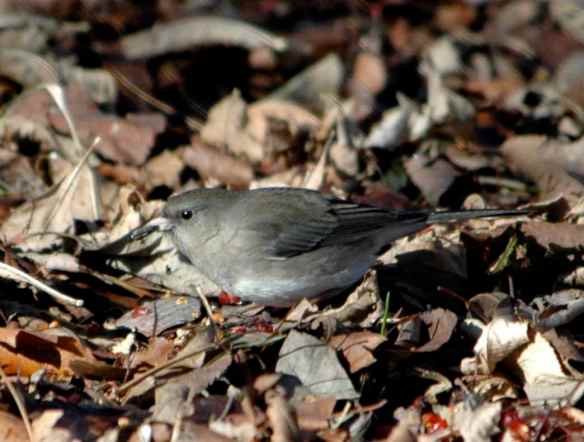 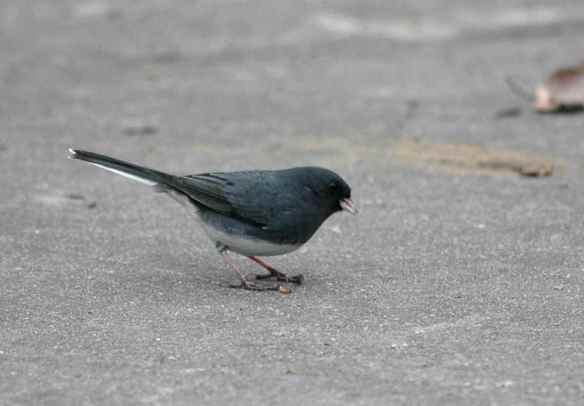 Slate-colored juncos look a lot like an Easter egg that someone dipped sideways into dark dye as far as they could without getting dye on their fingers. 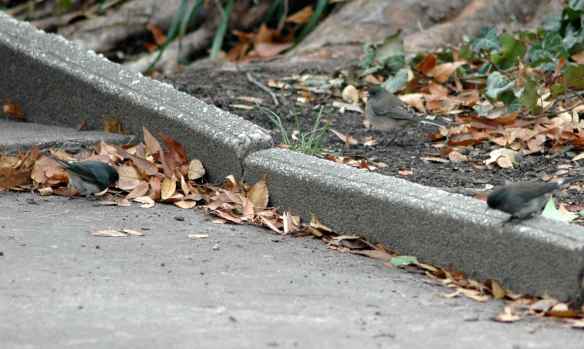 Compare the darker male, left, with the browner female, center

And they look the same in New York City, NY.

And it’s not just Oregon and slate-colored juncos. There’s the gray-headed junco… 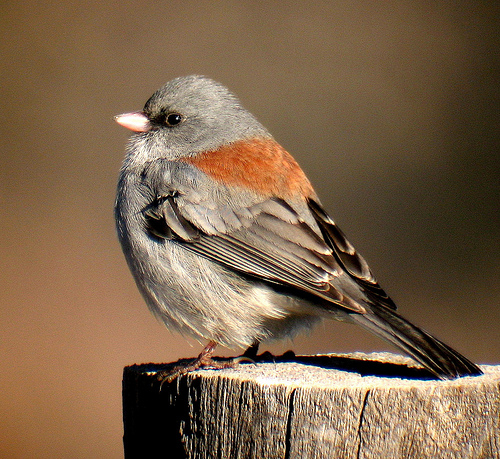 …and the red-backed junco…

Red-backed junco (the difference between this and gray-headed is the color of the top of the bill). Photo by Caleb Putnam*

…and the white-winged junco…

…and the pink-sided junco.

Outside of the Dark-eyed Junco species complex, the juncos start to look a little demonic. 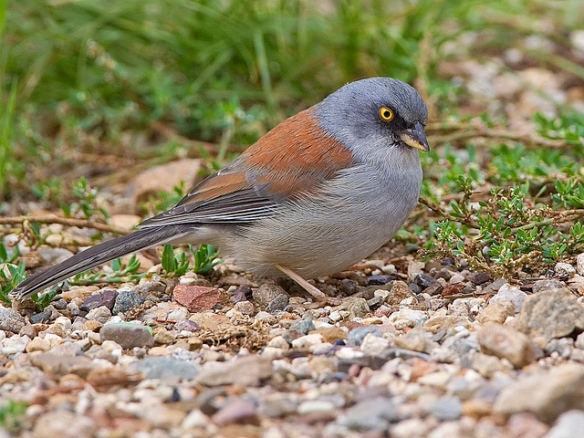 (Several of The Junco Project’s videos address how the junco diversified into these many forms, if you’re wondering.)

I’ve never had a chance to see most of these forms, but it’s one of my (many) birding goals. One paradox of my work is that I spend so much time involved with my specific population of juncos, I don’t have time to go off admiring the wider world of other juncos. And it’s a very big world of juncos.