At the Lincoln Park Zoo in Chicago recently, I got the chance to see some particularly charismatic birds, including a colony of squabbling flamingos, and Sophia the young Cinereous Vulture. Abandoned as an egg, Sophia was raised by humans—with a vulture puppet—until she was old enough to rejoin her parents.

Sophia the Cinereous Vulture, at the Lincoln Park Zoo in Chicago.

The morning I saw her was overcast and cold, but she was in high spirits: a man was raking her enclosure, and while her parents mostly ignored him, Sophia was fascinated. She chased the rake; he shooed her away; she stalked it. “I helped to raise her,” the man said; then, rolling his eyes, “It’s impossible to get anything done with her around.” Eventually he dropped the rake, and Sophia got to investigate. 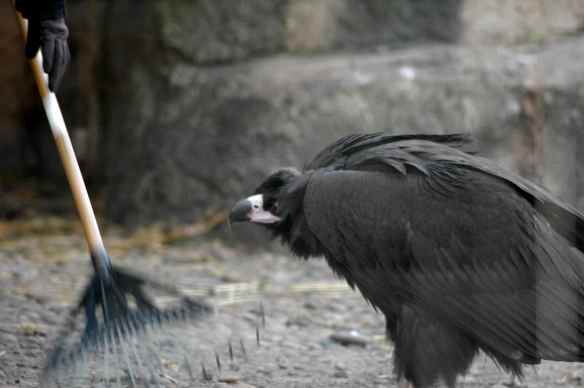 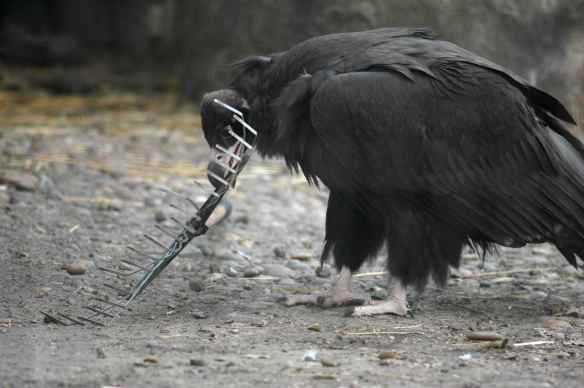 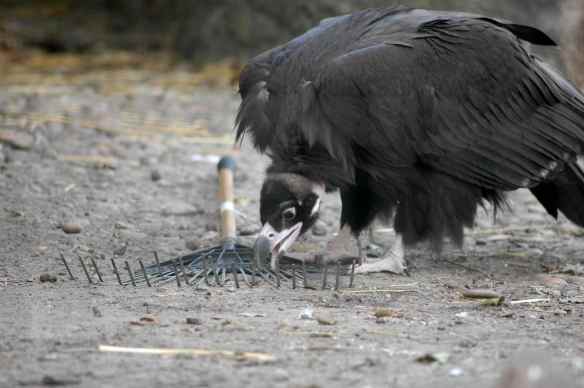 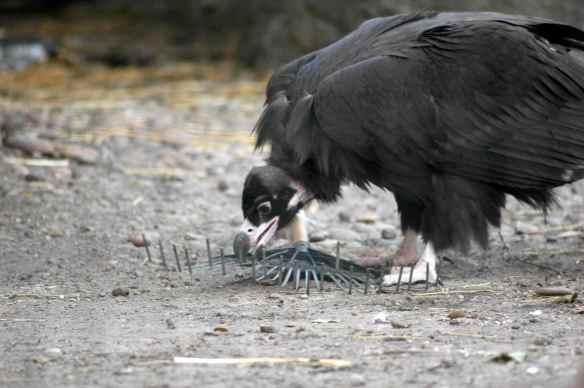