A salmonella outbreak on chicken has hospitalized over a hundred people so far. Salmonella is on a lot of chicken; if you cook chicken at all regularly, you have definitely purchased and handled salmonella-tainted chicken. But that’s okay, because you cook it, and the bacteria die from the heat, and then the chicken does not kill you. No worries!

This chicken might want to kill you…
Photo by Ido Mor

Except that those 100+ sick people probably weren’t eating chicken sushi. Even if they did all manage to undercook their chicken, there’s this: a Costco found salmonella on its rotisserie chicken after they were cooked at 180 Fahrenheit. Chicken is “safe” when it’s cooked at 165 Fahrenheit, so 180 should be extra safe. Now, I’m not a salmonella investigator; maybe Costco lied about its cooking temperature, or maybe someone handled raw chicken and then the rotisserie chicken and that’s how they got contaminated. But there is a third option: maybe a strain of salmonella has evolved, under selection driven by you and me and everyone else who cooks their chicken, to survive cooking.

We all know what natural selection can do, how the pressure of competing with other individuals and evading predators and finding food and staying the right temperature so that you can make the most babies can drive the evolution of “forms most beautiful and most wonderful” (Darwin). 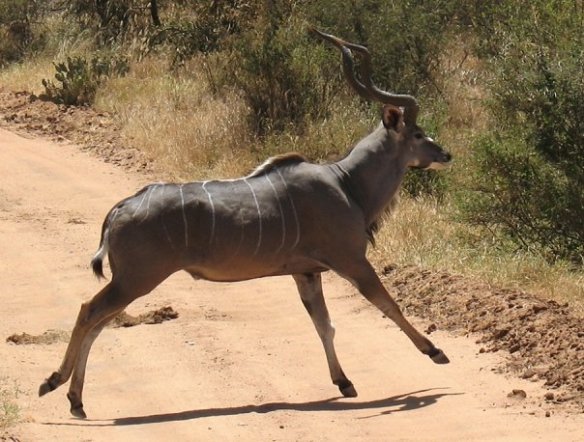 A form beautiful and wonderful: male greater kudu in Kenya.

Too, we’ve seen the power of human-directed selection, usually called selective breeding: wide-bodied bulldogs and sleek greyhounds descended from the same lupine ancestors; cows bred for milk production or for beef; sheep bred for wool or meat; chickens bred to lay large white eggs or to grow as large and as quickly as possible.

We rarely think about the other kind of selection by humans: unintentional human selection. But as much as we award breeding opportunities to the cow that gives the most milk and the dog that has the squashiest face, we also constantly try to prevent the breeding of other organisms. We hunt and fish. We spray pesticides to kill bugs on our crops. We cook meat to kill germs on our food, and we take antibiotics to kill bacteria in our bodies. We’re not trying to select these things, of course—we’re trying to kill them. But if our kill rate isn’t 100%, then instead of elimination, we can have very, very strong selection.

Take fishing. People don’t fish randomly: they take the larger fish. Nets do this size-sorting automatically, since a too-small fish just swims through the net. On the face of it, this seems pretty logical. It would be dumb to go after the tiny fish when big fish give you more meat per individual, sell for more money, etc. 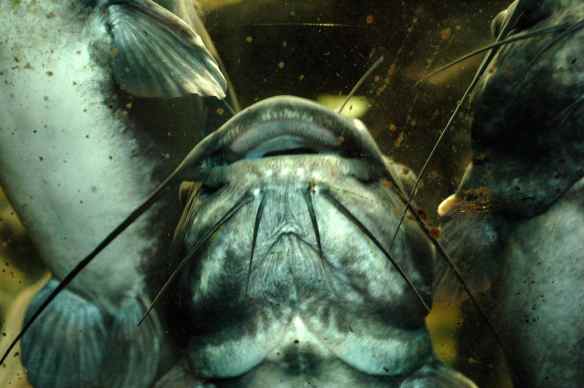 But do you see the problem? If we kill big fish, we are selecting for smaller fish, because it’s the smaller guys who will live and reproduce. A big fish will get fished, but his smaller cousin will survive and have small babies, and the average size of the next generation will be just a bit smaller. This is happening: many heavily-fished species have started growing slower (to be small for longer), reproducing at smaller sizes, and/or reproducing younger. This pattern has been seen in wild populations of salmon, cod, halibut, plaice, flatfish… We are making the fish we eat smaller (Law 2000).

It gets a lot worse when you start thinking about pests and bacteria. The more offspring an animal can have, the more quickly it can respond to selection: kill all but a pair of salmon, and you’ll have to wait a while for the ocean to be repopulated with salmon; kill all but one single bacteria, and pretty soon you’ve got a petri dish full of bacteria again.

This is why the overuse of antibiotics is a really big deal. Antibiotics don’t always work on every single bacterium. If even one bacterium—out of millions, because these are bacteria, so they come in large numbers—happens to have evolved so that it can survive the antibiotic, then this is what happens: the antibiotic kills off all its competitors, the survivor bacterium has lots of resources for its babies, and now you’re infected with bacteria that you can’t kill. Woohoo!

Fortunately you still have some options. Your immune system attacks bacteria, so maybe your immune system tracks down this super-mutant and kills it before it can reproduce too much. Medical science has come up with several different antibiotics, so you can try a different one and hope that it works. Most of the time, you’re fine. Say, 99.9999999% of the time. That looks like a pretty safe number.

Except remember how bacteria come in gazillions. And remember how we dose the animals we eat with antibiotics constantly, even when they’re not sick. Think about how many chickens, cows, and pigs are being kept in cramped, crowded quarters just perfect for breeding disease, and being dosed regularly with antibiotics. Each one of those animals is like a little experiment: will we get the super-mutant antibiotic resistant bacterium this time? 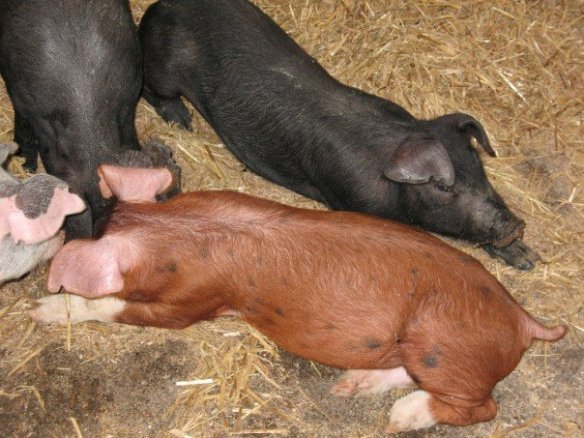 Maybe in one of these piglets?

We’re already seeing rising numbers of cases of bacterial infections that can survive antibiotics. Doctors keep some super-strength antibiotics in reserve, only prescribing them if the regular meds don’t work, for just this reason: the hope is that bacteria won’t be selected for resistance to these super-antibiotics if they’re deployed only rarely. But they’re needed more and more, now, and sometimes we find bacteria that are resistant to everything. Some of those cases of salmonella aren’t responding to antibiotics.

This should be scary. Worrying about our selecting for bacteria that we cannot fight is practical, not paranoid. If you can, support efforts to reduce or eliminate “preventative” antibiotic use in livestock. (Sure, it prevents the cow from getting sick—which the cow probably wouldn’t, anyway, if only it was housed humanely—but wouldn’t you rather prevent an antibiotic-proof epidemic?)

This is also why you should 1) not take antibiotics if you don’t have a bacterial disease (a “common cold” is caused by a virus; antibiotics will not do anything to cure you, but they will select in your body for super mutant killer bacteria), and 2) always take the full prescription of antibiotics. A lot of people don’t take all of their prescribed antibiotics. This makes it a lot more likely that you’ll select for resistant bacteria, because instead of dosing your bacteria with lots of death-meds, you just dose them with some death-meds, which is easier to survive. Then you end up with moderately-resistant bacteria, which can more easily mutate into really-resistant bacteria. If you take the full dose, you stand a much better chance of just killing them all.

Human-driven selection is not completely avoidable, but knowing about it, we can strive to mitigate the damage. 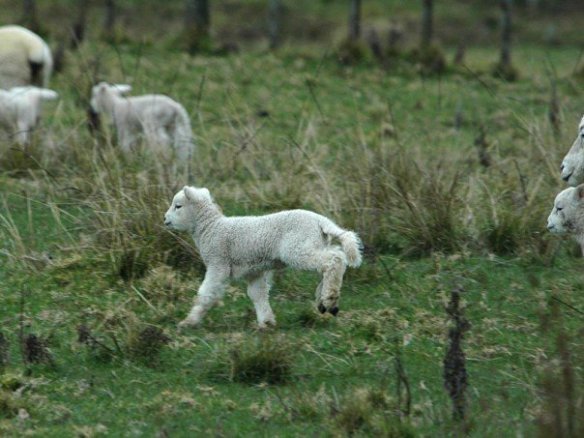 Frolicking New Zealand lamb only needs antibiotics if she gets sick, thanks. Photo by M. LaBarbera