We may go out in the field to study birds, but that doesn’t mean we turn a blind eye to all the other strange and interesting life on the mountain. This year I particularly noticed the mushrooms after I encountered a fantastically cool species called, appropriately, the Alpine Jelly Cone or Poor Man’s Gumdrop.

These guys are small and conical, attached to dead wood just at their tip. They came out in force at one of our sites early in the season among lingering patches of old snow. I like their color and geometric neatness of shape, but the best thing about them is—unfortunately—not conveyable by photograph: they are squishy. Like jello, but not at all sticky, just dry and weirdly, wonderfully squishy.

I haven’t identified the other mushrooms and fungus that we saw yet, because frankly, after the squishy mushrooms my standards are raised too high to bothered with regular non-squishy mushrooms. Some of them still look cool though. 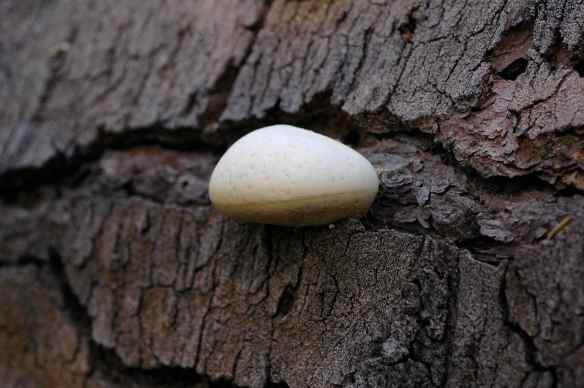 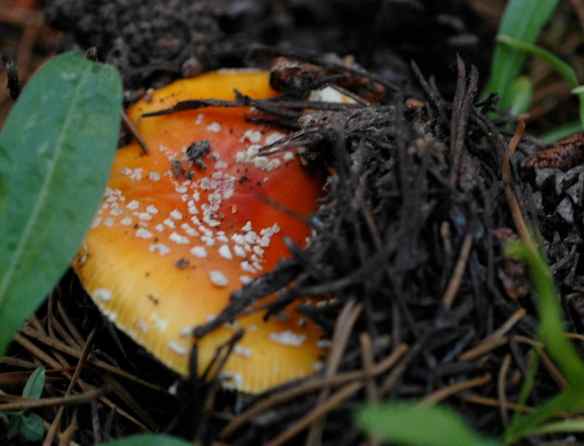 One kind of tree fungus seemed to ooze liquid. This wasn’t dew, although—I checked—it was about the same viscosity as water. Nothing else around the fungus was wet. So… fungus sweat.

This fungus looked like shaving cream, and was not about to be stopped by the pinecone that stood in its way:

They weren’t all weird. These ones were straight out of a child’s picture book:

8 thoughts on “Spotty, squishy, and sweaty mushrooms of the field”