It’s fledgling season, and not just for juncos. The other week we ran into this guy:

In fact we nearly stepped on him. We picked him up to put him in a nearby bush, where he might be safer, but he had other plans: he hopped right back to the ground. 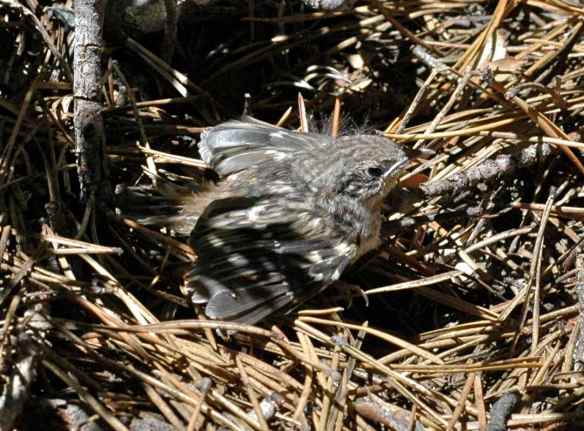 He then fluttered and scrambled his way over sticks and even a fallen log to the base of a tree, which he crept up like the Brown Creeper he was—although much more slowly than an adult. Still, it was an impressive thing to watch from such a young bird.

When he had made it about two feet up the tree, one of his parents met him and fed him. I don’t know how he ended up on the ground, but he looked much safer on the side of the tree: when he was still, with the mottled browns of his feathers against the bark of the tree, he was almost invisible.

Later that same day, at a different site, we happened to accidentally catch an adult Brown Creeper in our net. 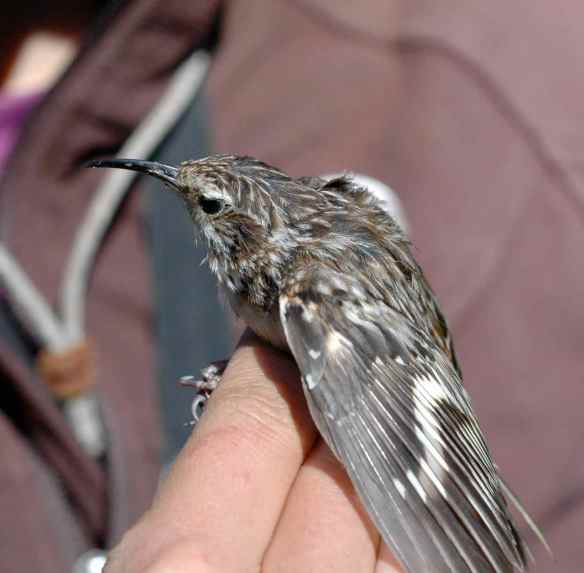 I had never noticed Brown Creepers’ reddish rumps before