Oh no! I broke my wing! I’m so injured and defenseless and tasty! 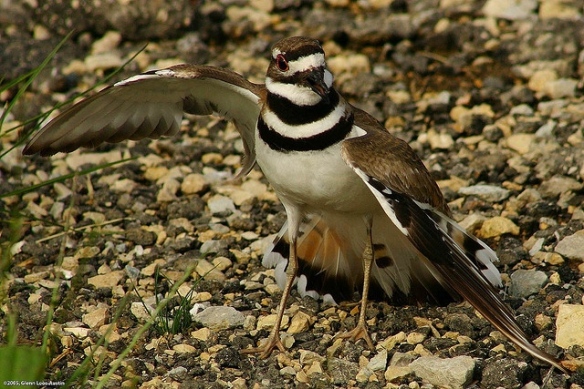 Look how broken my wing is! Are you looking? Ooh, it stings!
(Photo by Glenn Loos-Austin) 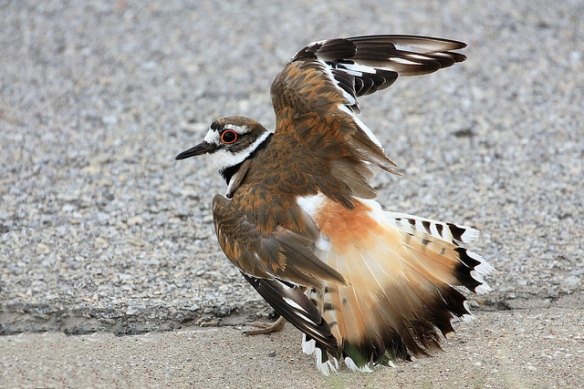 Ooh better follow me as I flop brokenly over this way!
(Photo by Ken Slade) 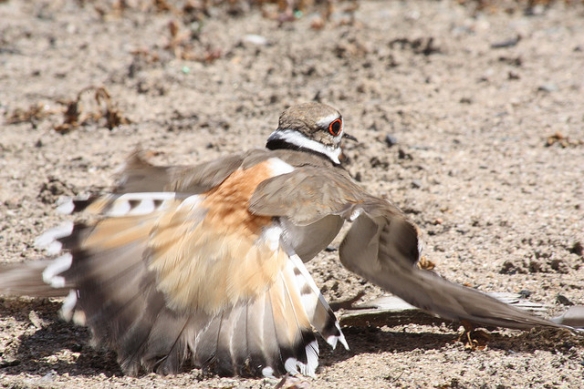 Ouch ouch! What a flailing broken mess of deliciousness I am being over here!
(Photo by Jon Rutlen) 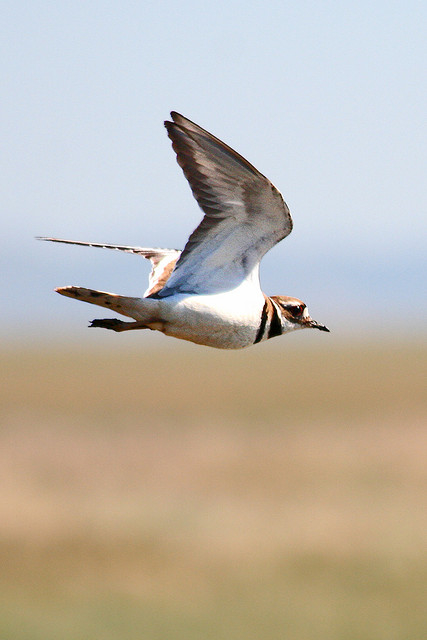 Killdeer (and several other species) feign broken wings when predators stray too close to their nests or chicks. The broken wing act lures the predator toward the parent, who looks like an easy dinner, and away from the vulnerable chicks. 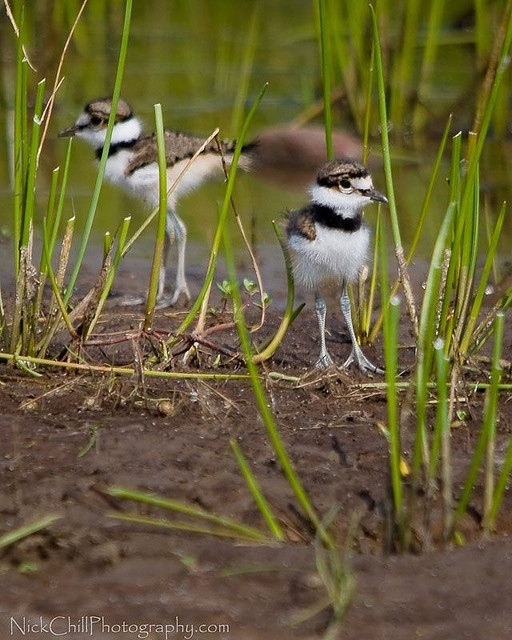 They’re not bad actors, either, as you can see in this video of a broken-wing-acting Killdeer. 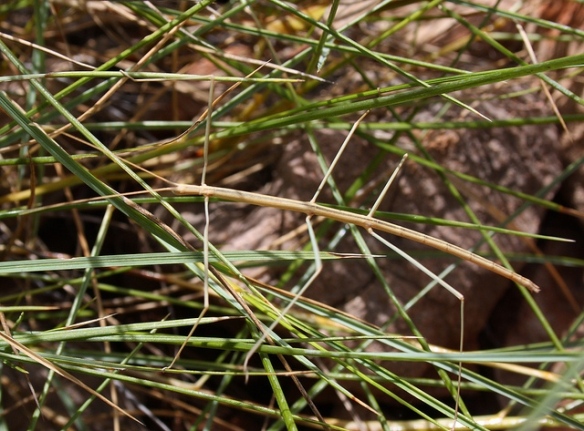 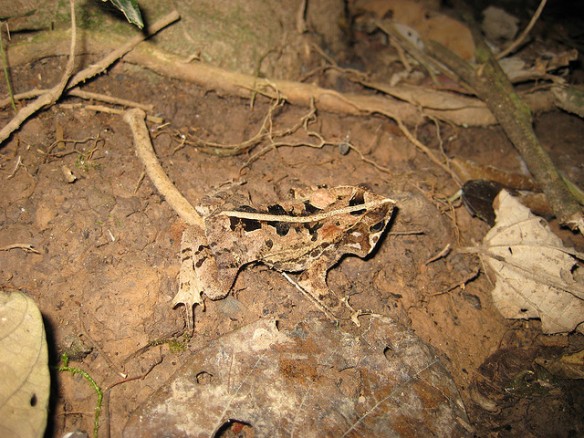 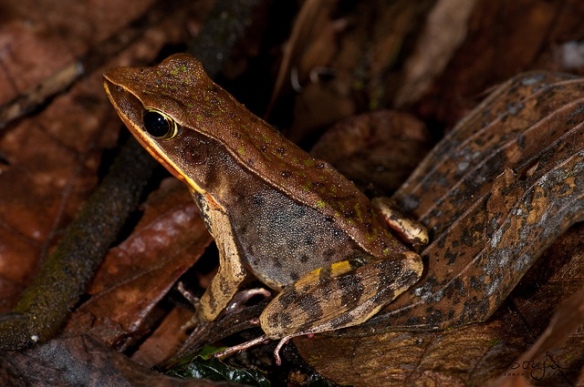 Yeah me too.
(Frog; photo by Sonja Pauen.) 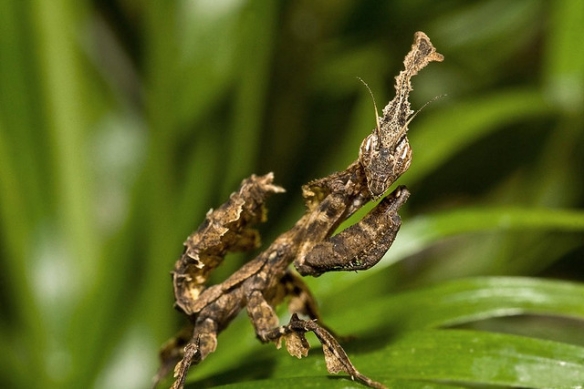 I’m kind of a scary dead leaf. You should be uninterested AND intimidated.
(Ghost mantis; photo by Frupus.) 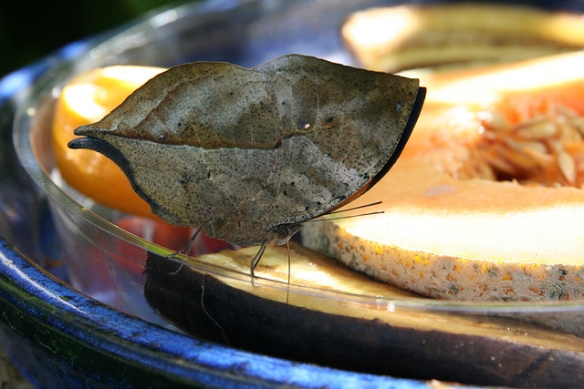 Oh weird, a dead leaf near your sweet-smelling fruit. I dunno why. Gravity, probably.
(Dead leaf butterfly; photo by TheGirlsNY.) 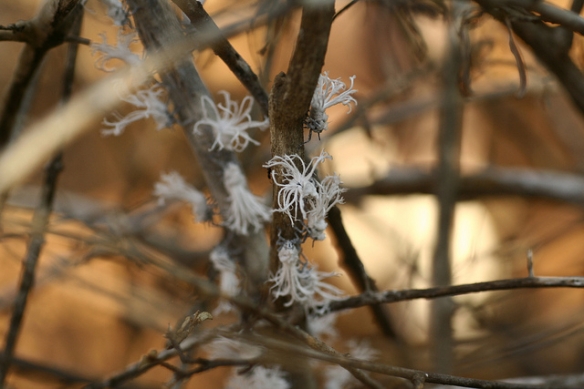 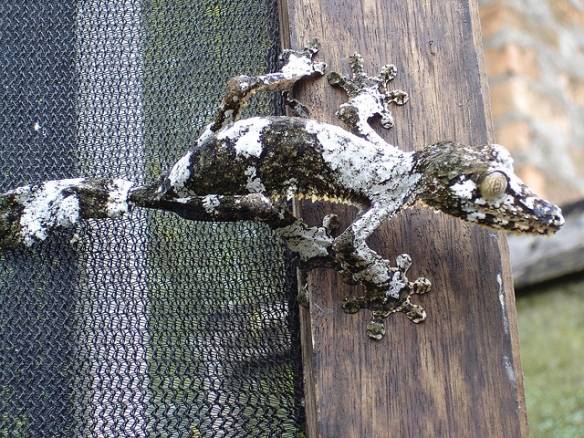 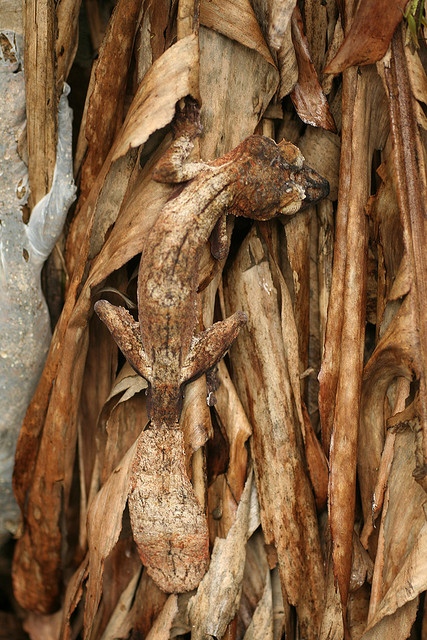 Just hanging out, being dead and crunchy, like leaves do. Or bark, I guess. Wait, what am I sitting on?
(Giant leaf-tailed gecko; photo by David d’O.) 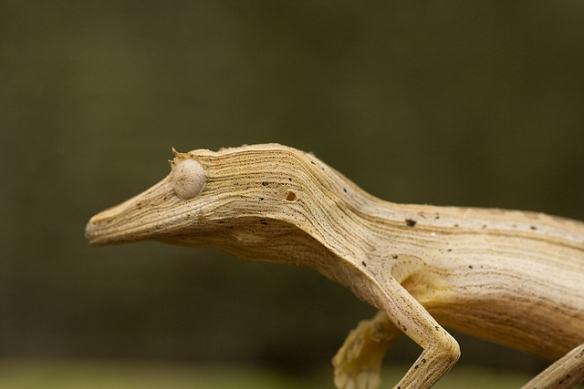 Look at that grain. There’s no way I’m not a twig.
(Lined leaf-tailed gecko; photo by David d’O.) 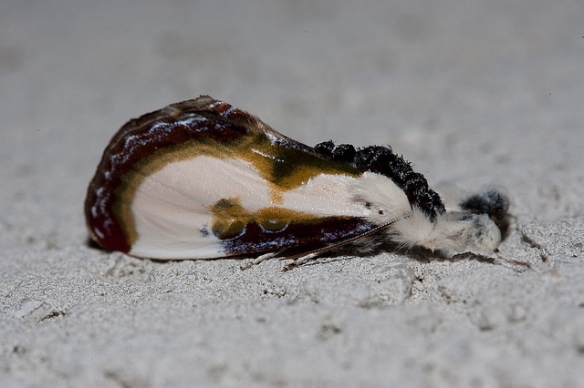 Okay look, even if you don’t think I’m bird poop, do you really want to eat something that looks this much like bird poop? Yeah, I didn’t think so.
(Bird poop moth; photo by Eric Heupel.)

I’m safe. No fangs or anything. Trust me. 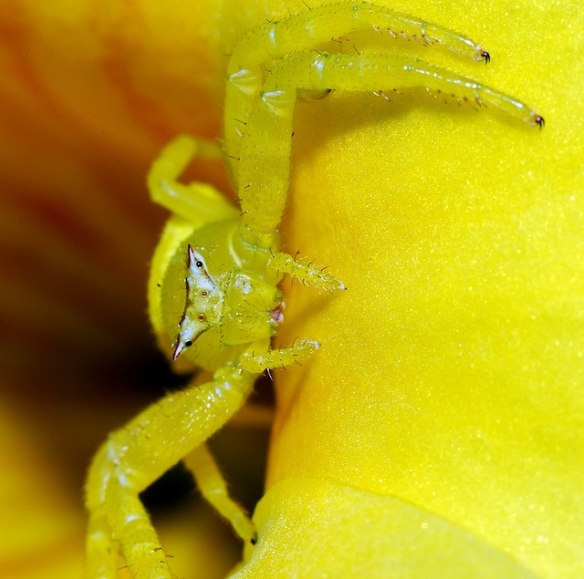 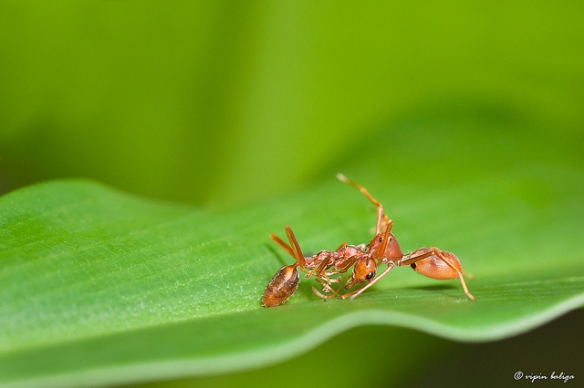 Hello, fellow ant. Oh, why am I carrying one of your dead sisters in my jaws? Well, she – sadly – died on her own, and, you know, wouldn’t want to waste… Yeah, why don’t you come closer to, uh, help me carry her…
(Ant-mimic spider carrying its prey, an ant. Photo by Vipin Baliga.)

I’m dead. Probably rotted and disgusting, not tasty at all. 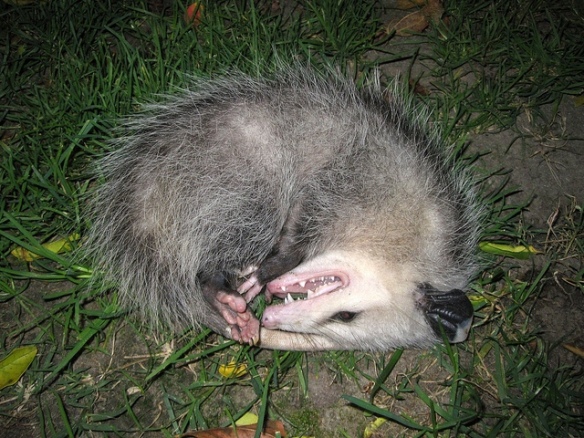 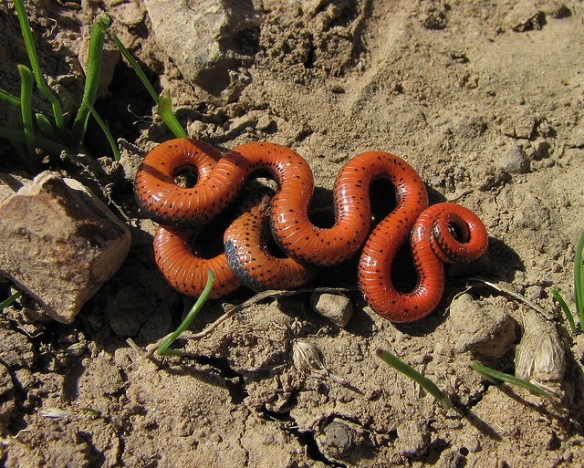 Check out my death contortions. Those are impressively dead, right? I mean, it’s no big deal, I’ve just been working on them.
(Ring-necked snake, not dead; photo by randomtruth.) 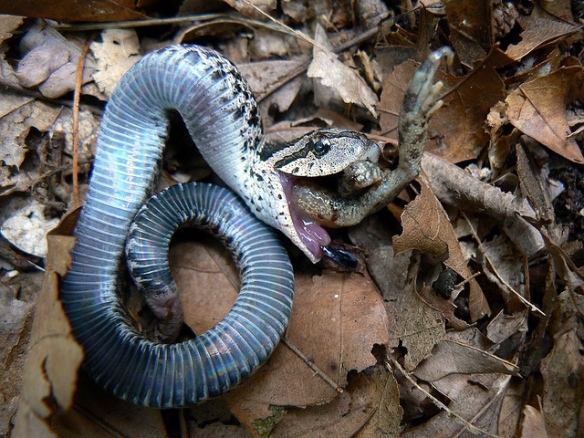 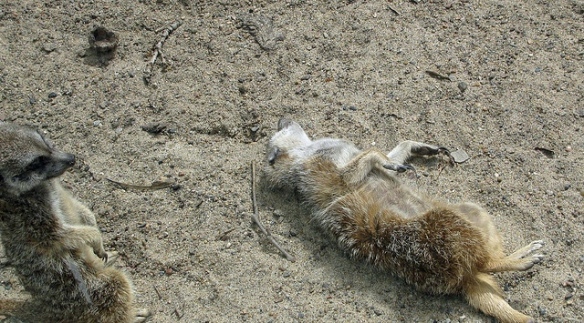 Dead dead dead. Hey man, can you stop looking at me? You’re kind of ruining it. At least look like you’re sad or something.
(Meerkats, not dead; photo by Capricorn Cringe.) 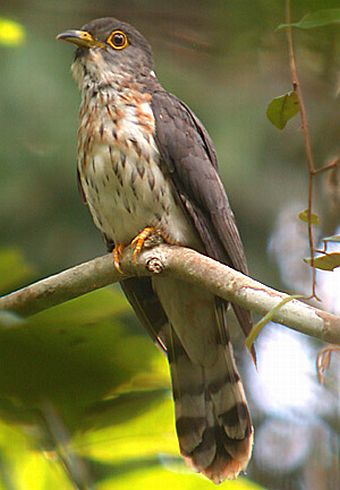 I’m a hawk! I look like one and everything. No, my bill isn’t too skinny, it’s… pointed. Like, really sharp.
(Hodgson’s Hawk Cuckoo; photo by Tom Tarrant.) 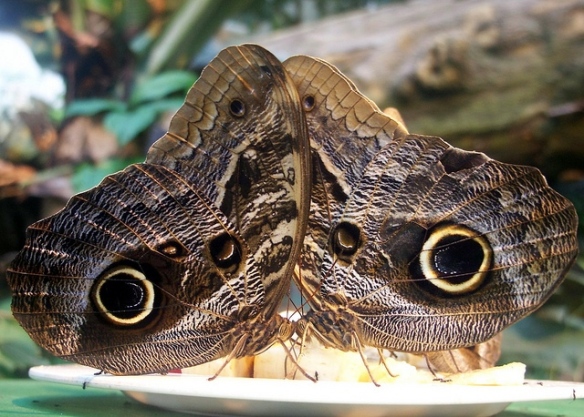 This awesome octopus is a flounder, a sea snake, a lionfish, and an indeterminate scary black thing.