I’m quite behind in my bycatch* posts! All of the birds in this post were caught several trips ago.

*Bycatch: birds that fly into our nets while we are trying to catch juncos. We extract them from the net, take a few photos, and release them.

I am too zen to be bothered by you, giant pink monster 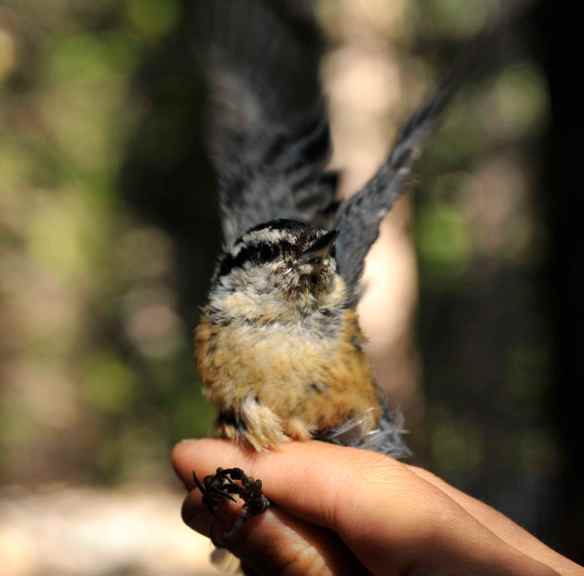 Whatever. I wasn’t really trying.

Uh-oh. Time to transform into my alter-ego…

White-crowned Sparrows: These two, both males, appeared to be having a territorial dispute. One was chasing the other when they flew into the net. 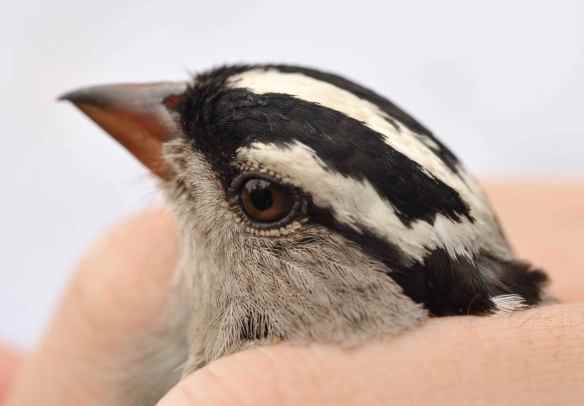 This is my Vanity Fair cover shot 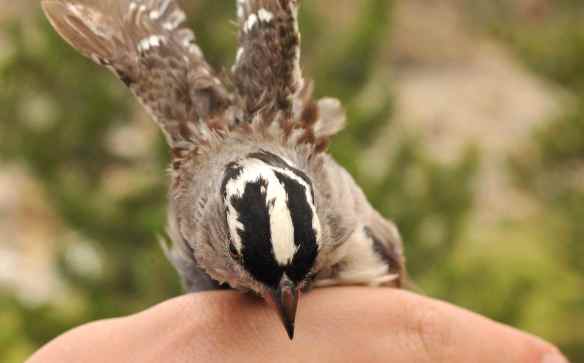 Although I look more athletic in this one 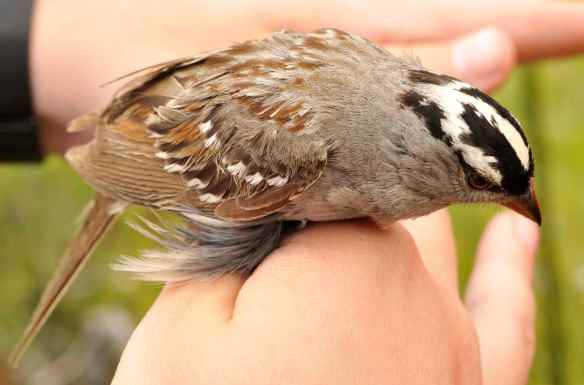 And this one shows off my sexy back

Excuse me, this is my photo shoot. Wait your turn.

Yellow-rumped Warblers: Yes, butter-butts again. They are everywhere. This was our first female, though, flying with her mate.

This is the upstroke

This is the downstroke

That’s how you fly

I assume you’ve captured me and my lovely wife in order to get the secret of flight out of me…?

(The female is the lighter grey one on the left.)

All photos in this post by M. LaBarbera, except for the Yellow-rumped Warbler photos.