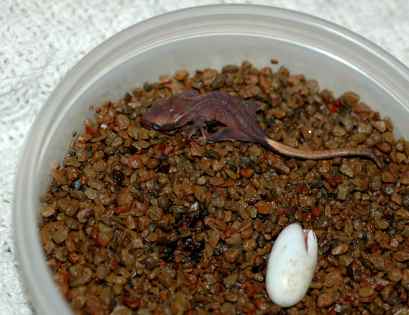 I’m calling this one May, and the one hatched on the 6th, October. I’m arbitrarily referring to October as male and May as female until they get big enough to sex.

May’s purple color is temporary—the same as the just-hatched redness that October had. May is much more energetic than her sibling. October keeps pretending to be dead (I swear he holds his breath when I come close) but May moves her head to watch me.

October is already exhibiting the normal crested gecko daily color change. Crested geckos are nocturnal, spending the day still and hiding. In they day they are generally lightly and dully colored.

October in the daytime (and still working on that shed)

At night they get “fired up,” darker and more contrasting. 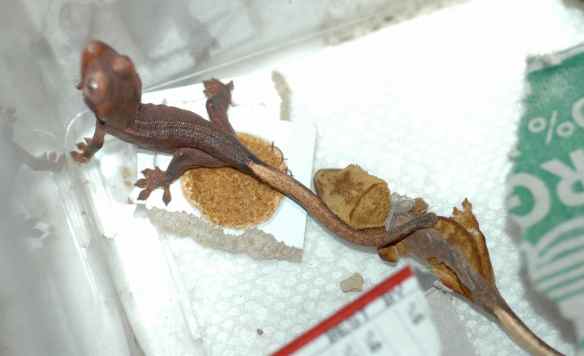 May (left) trying to climb up the cage wall, and October. The unsightly blotch is dried food mix.

3 thoughts on “Another baby gecko!”